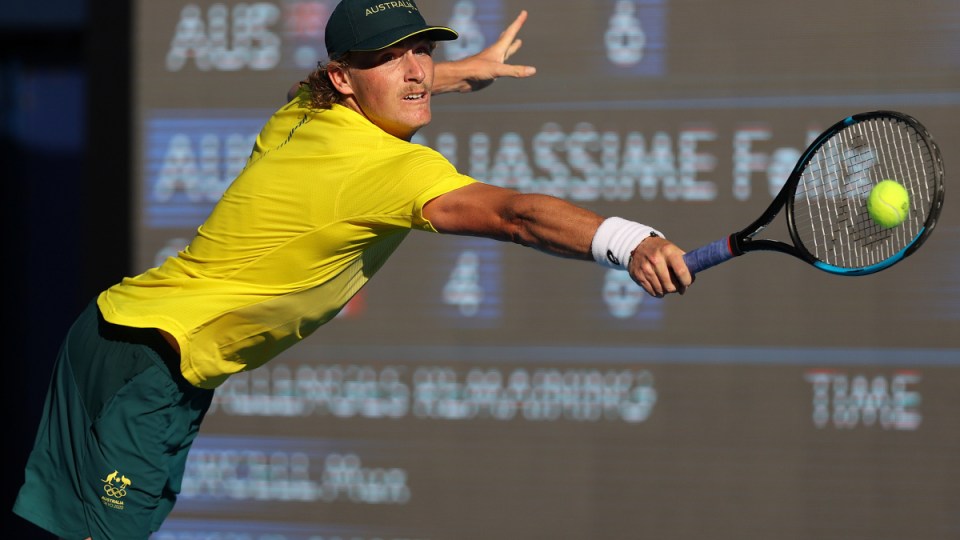 Max Purcell wasn’t even in the Australian Olympic team a week ago, and not even in the men’s singles event until Sunday morning.

Set to only play doubles with John Peers, he was thrust into the singles event with just hours notice when two-time defending Olympic champion Andy Murray (quad) withdrew.

A golden opportunity, and the Aussie grabs it ✊

But the 23-year-old made the most of it, serving with authority and showing few nerves in a composed defeat of the recent Wimbledon quarter-finalist.

“I found out at 10.55am this morning, I got told I was going to play third on centre court,” Purcell said.

“So, short notice on the big court, and yeah I loved every second of it.”

“I’ve kind of been hoping and praying that I’d be able to get a singles run over here because singles tournaments have been so few and far between this year.

“It was kind of a relief because I’ve been loving my singles at the moment, and I’m lucky I get to play again.”

Purcell, who ironically later lost his doubles match in a super tie-break third set, had arrived in winning form after lifting the trophy at Kazakhstan’s Nur Saltan Challenger event a week ago.

He’d also reached the semi-finals of Eastborne’s ATP 250-level tournament before that, beating Kevin Anderson, Gael Monfis and Andreas Seppi along the way.

Purcell’s defeat of the Canadian rising star sees him join John Millman and James Duckworth in the second round, where he’ll face Dominik Koepfer.

Max Purcell makes most of late call to cause upset