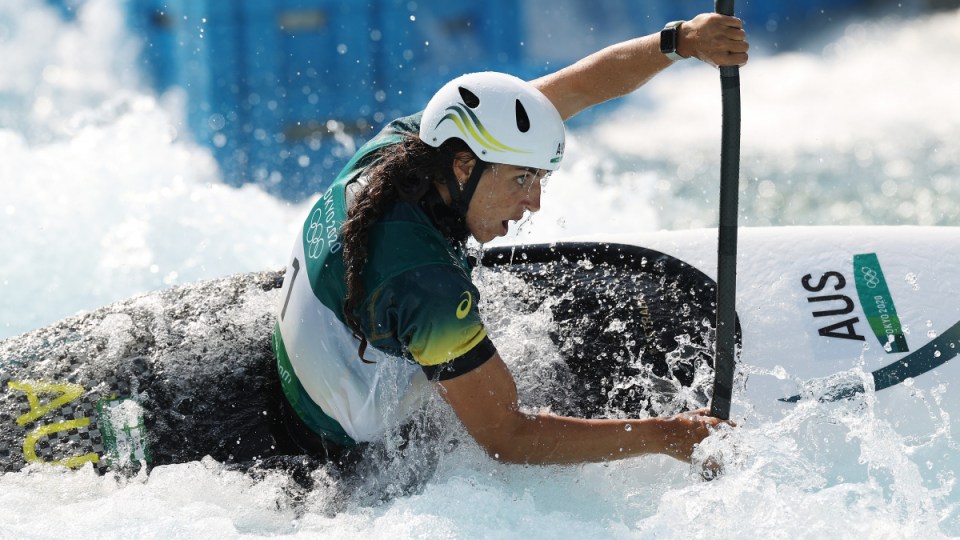 Jessica Fox has laid down a promising marker at the Tokyo Olympics, finishing second in the opening run of the women’s kayak slalom heats.

Fox completed her first race at Kasai in 104.05 seconds, trailing only German Ricarda Funk by 2.15.

The world No.1, pursuing gold after winning silver in this event at London 2012 then bronze at Rio 2016, and rivals will race again later on Sunday.

Some 24 of 27 competitors will advance to Tuesday’s K1 semi-final, so the prospect of Fox failing to progress was always incredibly slim.

.@jessfoxcanoe will be back at start line 18:03 AEST for her second run in the women’s K1 heats 🙌

But the 27-year-old paddler from Penrith, NSW, who was forced to train in her backyard pool when COVID-19 first halted normal life, should take confidence from the tune-up.

Australian canoeist Daniel Watkins ranked 16th in his opening run after incurring multiple penalties in a final time of 158.43.

Watkins bounced back to record a second time of 103.07, putting him back on track to be among the 15 competitors in Monday’s semi-final.

The Tasmanian will learn his fate at the end of Sunday’s C1 heats.