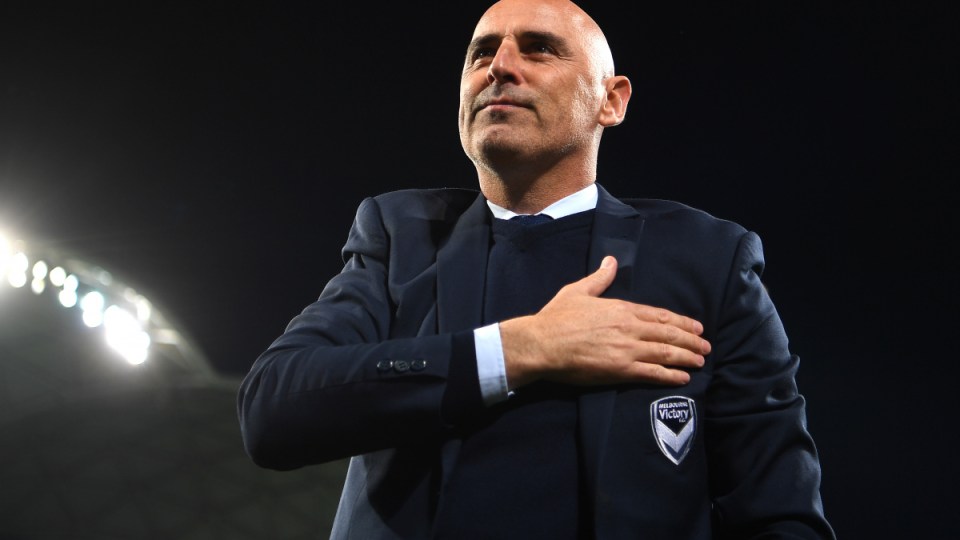 Kevin Muscat will look to build on Ange Postecoglou’s legacy at Yokohama F. Marinos after he was announced as his fellow Australian’s successor as manager of the Japanese club.

It is former Socceroo Muscat’s first managerial position since he was sacked after just 14 league matches of his tenure at Belgian club Sint-Truiden in December.

“I am very honoured to be the manager of Yokohama F. Marinos, one of the most successful soccer clubs in Japan,” Muscat said in a statement translated from Japanese on the club’s website.

As first revealed by The Asian Game, 🇦🇺 Kevin Muscat has been officially unveiled as the new head coach of 🇯🇵 #JLeague side @prompt_fmarinos. https://t.co/j46MW6drO5 pic.twitter.com/Hn05LmJ7cj

“First of all, I would like to express my sincere gratitude to the club for giving me this opportunity, and I am very much looking forward to taking on new challenges in Asia’s most competitive (league).

“In order to achieve our goals, we would like to build on what former coach Ange Postecoglou has built and do our best to (perform) this season.

“(I) look forward to meeting the players and staff who will work hard to accomplish something special.”

The club said Muscat’s entry date to Japan was still “being adjusted” while he would join his team after completing his quarantine requirements.

It is the second time Muscat, 47, has taken over at a club after Postecoglou.

Muscat was Postecoglou’s assistant at Melbourne Victory when the latter was appointed Socceroos coach in 2013 and was named his successor at the A-League powerhouse.

He then went on to carve out a coaching legacy at the club he previously captained, winning two A-League grand finals, an A-League premiership and an FFA Cup before quitting Victory in May 2019.

“The most important thing in selecting a manager this time was to be a (coach) who can not only continue the attractive attacking football of Yokohama F. Marinos but also evolve it further,” Kurosawa said in a statement.

Hideki Matsunaga had been caretaker coach after Postecoglou’s departure and Kurosawa said he would stay on to support Muscat.