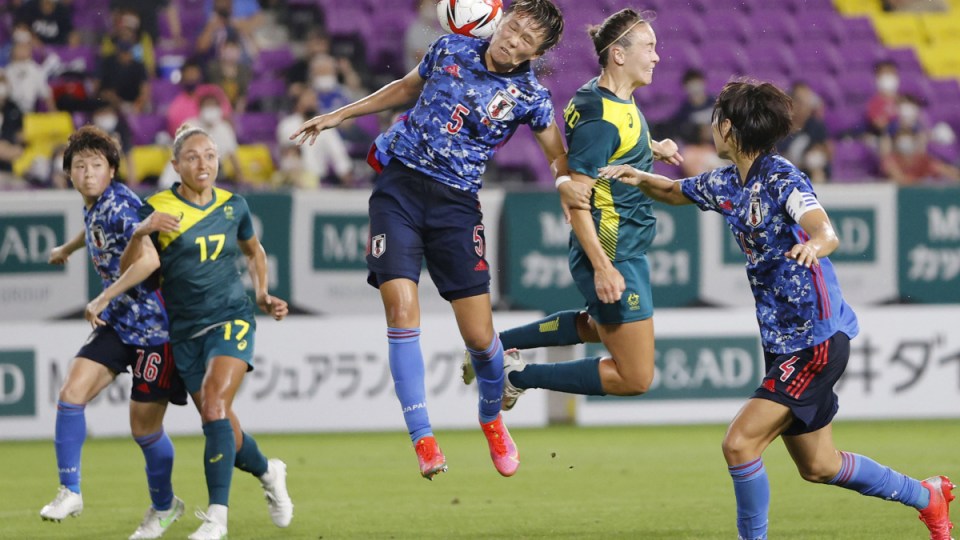 A stray Alanna Kennedy arm led to the only goal of the night as Olympic hosts Japan downed the Matildas 1-0 in a pre-Games friendly at Kyoto’s Sanga Stadium on Wednesday night.

Only introduced into the match from the bench in the second half, the defender was quickly involved but for all the wrong reasons.

Kennedy found herself in the path of a Yami Hasegawa cross in the 53rd minute and failed to lower her arm before it was struck by the ball.

Mana Iwabuchi stepped up to the spot and made no mistake, the fierce strike beating goalkeeper Lydia Williams at the right post.

It had been a disjointed start from the Matildas, Sam Kerr with some nice touches but the side largely failing to impress in a first half with few opportunities for either team.

Coach Tony Gustavsson made a number of changes for the second half, bringing in Williams between the posts for Teagan Micah, while Kennedy, Aivi Luik, Chloe Logarzo, Mary Fowler and Emily Gielnik also came on.

Australia pressed harder chasing the game but nearly found themselves down 2-0 in the 64th minute, Williams spectacularly saving a Jun Endo thunderbolt.

Kennedy came close to making amends in the 78th minute, but the well-drilled 10th-ranked team did enough to keep the Matildas scoreless.

The Matildas have largely struggled under Gustavsson, who oversaw losses to Germany and Denmark as well as a scoreless draw with Sweden when in Europe earlier this year.

Australia faces New Zealand on July 21 to begin its Olympics campaign in a group that also features Sweden and the US.