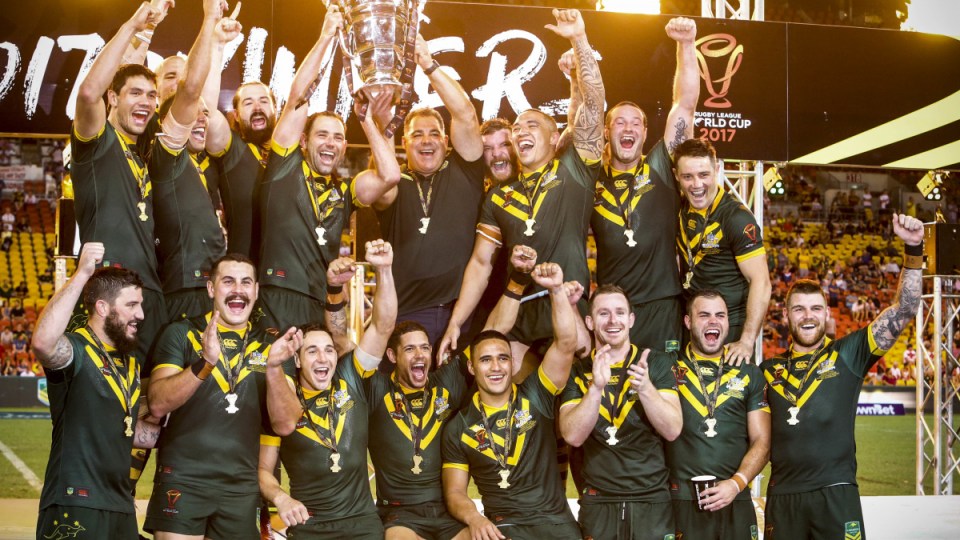 The players are keen to take the field and miffed they haven't been consulted. Photo: AAP

Rugby League World Cup organisers remain confident Australian-based NRL players will feature in the tournament, with officials to press ahead with plans for it to be played in the UK this year.

An announcement on the fate of the end-of-season competition is expected late on Wednesday night in Australia, but it is believed it will go ahead as planned.

It comes after months of concerns about the tournament’s presence in the 2021 calendar, amid the global COVID-19 pandemic and Australia’s closed borders.

There had been some thought it could be postponed by a year, but there is a strong desire from the UK government for it to be held through October and November.

We can’t wait for the next international tournament to be hosted in England: Rugby League World Cup 2021!

🏆 Which nations do you think will claim the 3 trophies?#RLWC2021 pic.twitter.com/ROcSvVmOEs

According to PA, the government has chipped in $46 million of support and want to see the tournament as part of the nation’s reopening.

Namely, organisers have taken significant confidence from the staging of football’s Euro 2020 Championships, with a crowd of 67,000 for the final at Wembley.

Any postponement would have been a serious blow for the sport, given it would struggle for traction at the end of next year in England due to a clash with the FIFA World Cup in Qatar.

But there is still likely to be some push back from clubs.

Australia is yet to sign a participation agreement, while there is still significant apprehension from club land about what impact hotel quarantine on return could have on pre-seasons.

The NRL’s almost indefinite move to Queensland following the COVID-19 outbreak in Sydney has also highlighted concerns over player welfare and time away from home.

NRL CEO Andrew Abdo said on Monday that it would not be compulsory for any player to feature in the tournament if it goes ahead, with decisions up to the individual.

NRL players account for a significant majority of players in the men’s draw, with up to 400 staff and officials for Australia expected to be involved across the men’s, women’s and wheelchair tournaments.

But organisers are desperate to do whatever they can to appease both player and clubs wishes.

Chartered flights will be organised to fly players back home in a COVID bubble, and hotel quarantine will also be paid for by organisers.

One eye is also being kept on a trial for Paralympians to quarantine at home after Tokyo given they are fully vaccinated.

World Cup organisers have also enlisted former Canterbury CEO Andrew Hill to work on the ground in Australia from a strategic standpoint, while enlisting biosecurity experts from the Euros in England.

Australian sporting teams have also flown around the world in recent months, with cricketers currently in the Caribbean and a spring tour planned for the Wallabies.