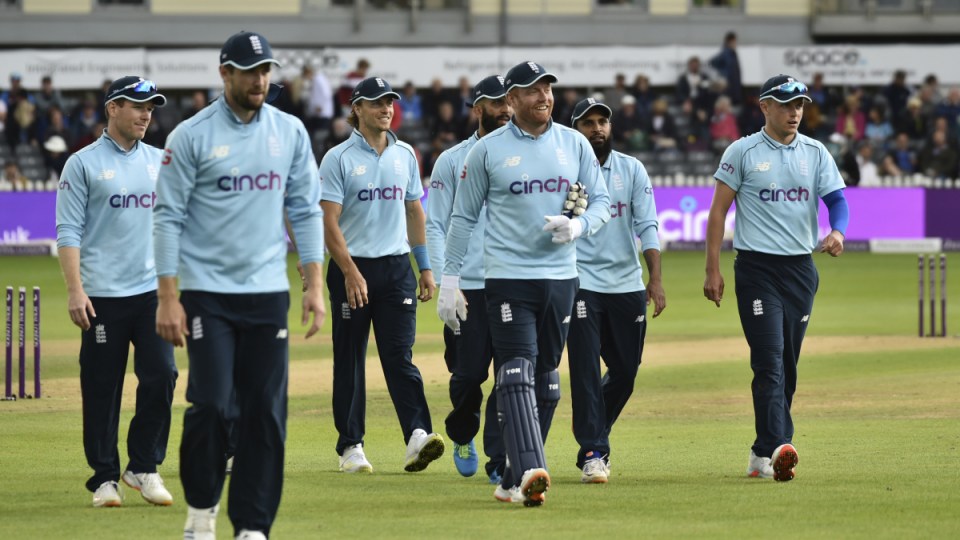 England was forced to select a completely new squad on Tuesday for the one-day international series against Pakistan after an outbreak of the coronavirus infected three players and four members of staff.

The initially selected squad went into isolation following the results of tests taken on Monday, a day after the team’s last ODI against Sri Lanka in Bristol.

The names of those who tested positive have not been disclosed. The remainder of the group were identified as close contacts.

The three ODIs and three Twenty20s against Pakistan, starting on Thursday with the first ODI in Cardiff, were still going ahead and at the same venues.

The ECB can confirm that seven members of the England Men's ODI party have tested positive for COVID-19.

England’s revised, hastily assembled ODI squad includes nine new caps and will be captained for the first time by Ben Stokes and coached by Chris Silverwood, who had been due to take some time off during the white-ball series but has been pressed back into action.

The initial squad will be back in time to play the T20 series, which starts on July 16.

“We’re in unprecedented territory in terms of replacing an entire squad and management team,” said Ashley Giles, director of England’s men’s cricket, “and I’m proud of how everyone has come together in order to get it done.”

Most of those who tested positive are without symptoms, the England and Wales Cricket Board said, but some are feeling unwell.

All players in the initial squad received at least one vaccine jab, but not everyone was fully vaccinated.

“We have been mindful that the emergence of the delta variant, along with our move away from the stringent enforcement of bio-secure environments, could increase the chances of an outbreak,” ECB chief executive Tom Harrison said.

“We made a strategic choice to try to adapt protocols, in order to support the overall wellbeing of our players and management staff who have spent much of the last 14 months living in very restricted conditions.”

We have named a new 18-strong group for the Royal London Series against Pakistan.

The new 18-man squad and staff drafted in will need to submit negative tests and complete “bridging protocols” before joining the squad in Cardiff.

That match will take place in front of a 50 per cent capacity crowd, with the second game at Lord’s on Saturday representing cricket’s first 100 per cent crowd since the pandemic began. The series then concludes at Edgbaston.

Stokes has been pulled out of Durham’s English County Championship match against Warwickshire. He had been left out originally by England in a bid to manage his comeback from a finger operation.