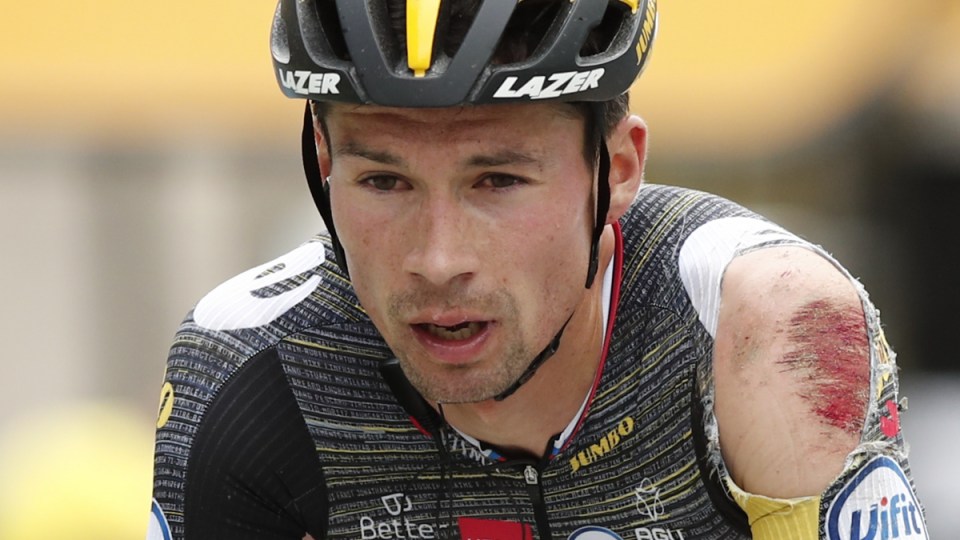 Slovenia's Primoz Roglic, runner-up in 2020, has quit the Tour de France because of injuries. Photo: AP

Last year’s runner-up Primoz Roglic has quit the Tour de France after a crash earlier in the week.

Slovenia’s Roglic, 31, suffered multiple bruises in a crash during the third stage and has struggled since then, losing 35 minutes on the winner in Saturday’s first stage in the Alps.

“There is no point in continuing this way,” Roglic said in a Jumbo-Visma team statement.

“Now it’s time to recover and focus on my new goals.

Primoz Roglic won’t start in today’s stage of @LeTour. He suffers too much from his injuries.

“I am very disappointed that I have to leave the Tour, but I have to accept it as it is. I remain optimistic and look forward.”

Spanish Vuelta winner Roglic was considered a top contender for the Tour title.

Here's what Primoz says about his departure from @LeTour 🎙️ pic.twitter.com/C8EdM8dAJQ

But the two-time Vuelta champion, who lost the Tour last year in the final time trial, had already been dropped by the overall contenders in the seventh stage on Friday.

Roglic will now focus on the Tokyo Olympics’ road race and time trial.