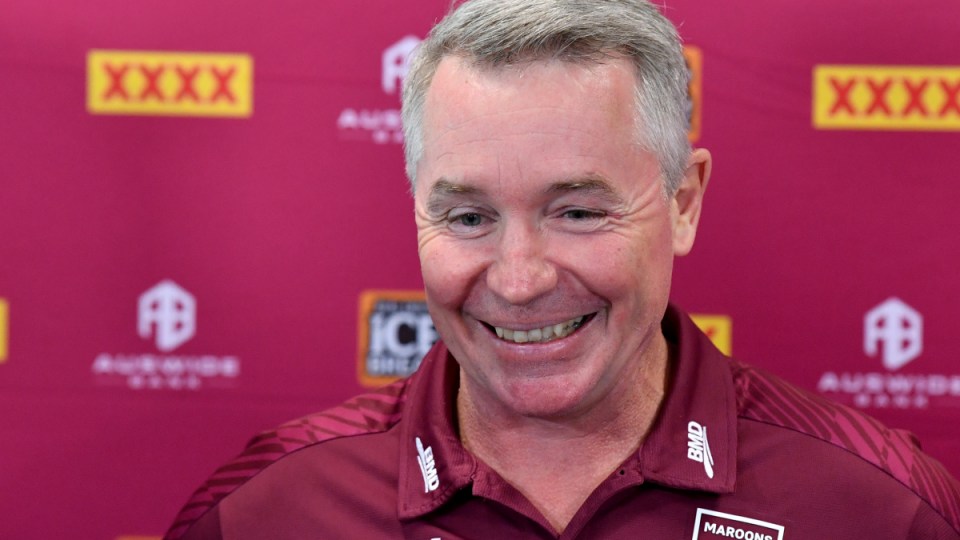 Queensland coach Paul Green is happy Origin I will be played in Townsville and not Melbourne Photo: AAP

Tariq Sims spent four years of his NRL career playing in Townsville and knows better than most how deep the hatred runs for New South Wales during State of Origin time in North Queensland.

Townsville will host the series opener on June 9, leaving the Blues to digest the thought of playing the first two games of the series in enemy territory.

It’s a call that hands a significant advantage to the Maroons in defence of their 2020 series win.

Second-rower Sims made his NRL debut for the Cowboys in 2011 and left at the end of 2014, a good four years before he pulled on a Blues jersey.

And still he felt the heat from the Maroons-crazed locals.

“That’s one of those things that I admired about them actually is how much rugby league is a religion to them.

“Playing in front of some pretty passionate fans up there … that will be interesting.”

The opening match of the series was set to be held at the MCG but has been forced to be relocated as Victoria deals with its latest COVID-19 outbreak.

As part of the new agreement with the Victorian government, Origin will return to Melbourne in 2024 and 2026.

In both cases Brisbane was the host city.

Adding to the worry is the Blues’ poor record in Queensland, winning just 19 of 59 games in the state, including just two of the past 14.

However, moving the game to Townsville from Melbourne will soften the financial blow of cancelling the opener at the MCG on short notice.

When confirming the relocation on Monday, NRL chief executive Andrew Abdo said NSWRL bosses had been understanding of the decision, which was made by considering the safest option with the least risk for players.

“I’ve spoken to both Dave Trodden and Brad Fittler, and they’ve been very supportive and respectful of the decision.

“Clearly they would prefer the game to be played in NSW but they understand the considerations.”