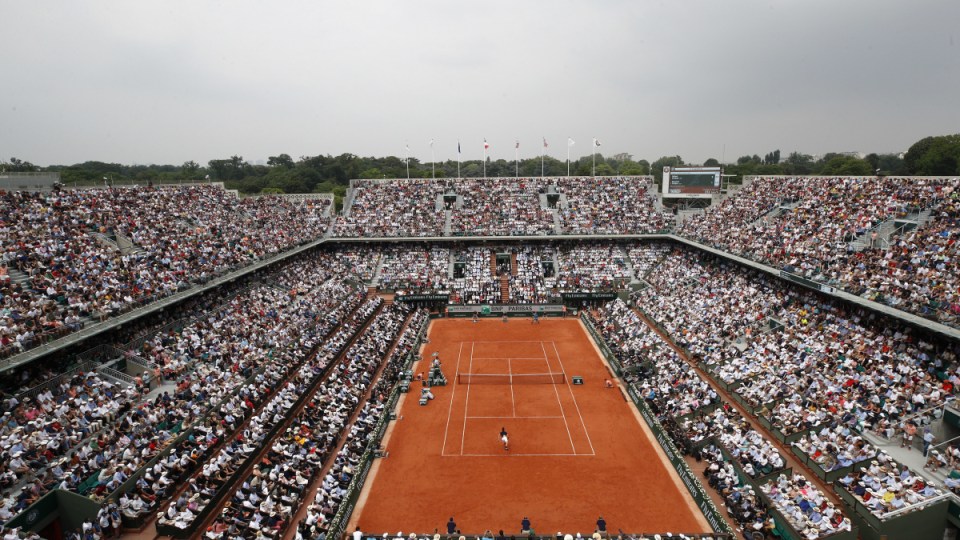 Night sessions will be introduced at Roland Garros for the first time at the French Open. Photo: AP

French Open organisers hope to welcome about 118,000 fans for the upcoming tennis grand slam tournament in Paris, with night sessions to be introduced for the first time at the event.

Organisers confirmed a little more than 5000 fans would be allowed on the Roland Garros grounds on the first 10 days, 1000 on each of the three show courts and the others on outside courts.

The remaining five days with play only on the show courts would see 5000 fans allowed per court.

The French Open was pushed back by a week owing to the coronavirus and is scheduled for May 30-June 13.

With restrictions slowly being eased the tournament can have more attendance than last year when it was held in September and October in front of 15,000 fans.

All players will be in a bubble again in two hotels and can only access Roland Garros premises on days when they play, along with two additional people.

The 2021 edition will also see the debut of a night session, with a retractable roof on centre court and floodlights.

Two women’s and men’s matches each are to be scheduled.