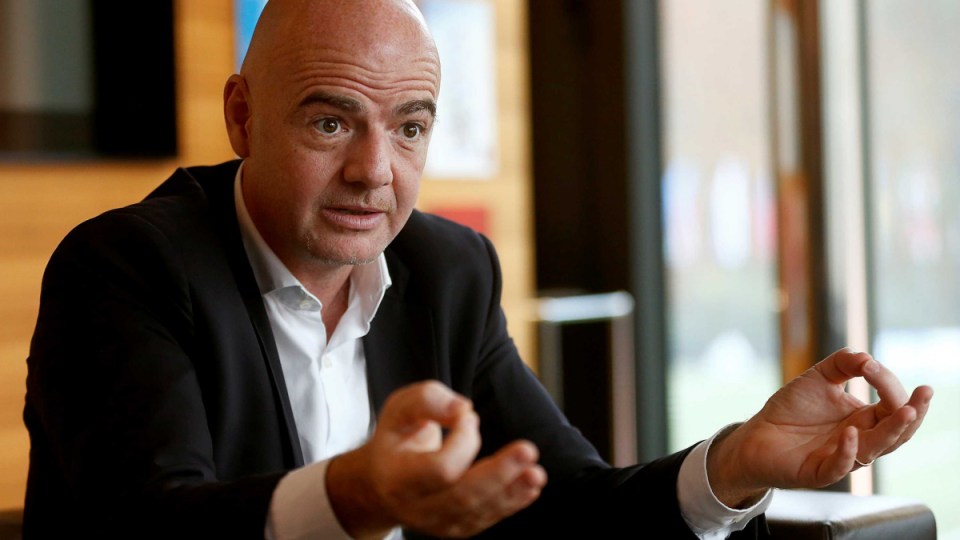 FIFA president Gianni Infantino said his organisation would not back the Super League. Photo: Reuters

FIFA president Gianni Infantino has told the 12 breakaway European Super League clubs they cannot be “half in, half out” of the established football system, warning they must face up to the reality of their decision.

UEFA has threatened to ban the clubs from domestic and international competition, vowing to fight the move.

Infantino, speaking at UEFA’s congress in Montreux, Switzerland, said the clubs involved must consider the risk they would be taking by participating in a breakaway league.

"Either you're in or you're out. You cannot be half in or half out."

FIFA president Gianni Infantino has voiced his disapproval of the European Super League and says the clubs involved "must live with the consequences of their choice".

“If some elect to go their own way then they must live with the consequences of their choice,” Infantino said.

“They are responsible for their choice. Concretely this means either you are in or you are out.

“You cannot be half in and half out. This has to be absolutely clear.”

Infantino’s comments came after the Super League had called for talks with UEFA and FIFA about their proposed competition’s place in the football “ecosystem”.

Infantino, a former UEFA general secretary, repeated his opposition to the breakaway project.

“We can only and strongly disapprove of a Super League which is a closed shop, which is a breakaway from the current institutions,” Infantino said.

“There is no doubt whatsoever [of FIFA’s disapproval].”

Infantino said FIFA was committed to maintaining unity in the footballing world.

‘We need football to be for everyone’

Manchester United great David Beckham added his voice to the barrage of criticism directed at plans for the breakaway league.

Beckham, who played for three of the 12 confirmed founders – United, Real Madrid and AC Milan – wrote on Instagram: “The game we love is in danger.”

“As a player and now as an owner I know that our sport is nothing without the fans,” Beckham wrote.

Statement From The Board.

Meanwhile, Premier League club Everton released a statement saying it was “saddened and disappointed” by the proposed league.

It accused the six Premier League clubs involved in the proposal of “acting entirely in their own interests” and “tarnishing the reputation of our league and the game”.

“At this time of national and international crisis – and a defining period for our game – clubs should be working together collaboratively with the ideals of our game and its supporters uppermost,” the statement read.

“Instead, these clubs have been secretly conspiring to break away from a football pyramid that has served them so well.”