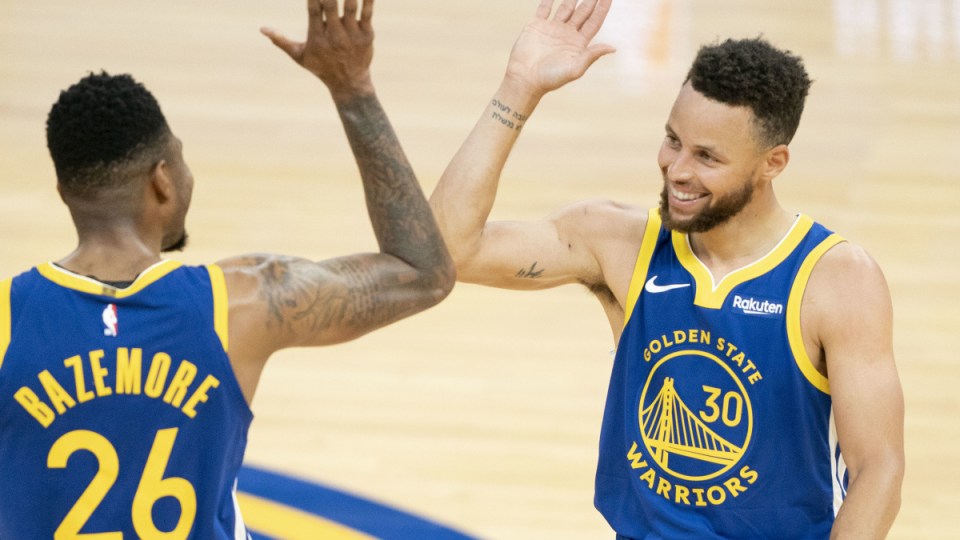 With a lay-up, Stephen Curry passed Wilt Chamberlain as the all-time leading scorer in Warriors history as he torched the Denver Nuggets for 53 points in their western conference showdown.

That passed Chamberlain’s 17,783 over six seasons with the Philadelphia/San Francisco Warriors franchise, a record the NBA great held since 1965.

But Curry wasn’t done there, draining 30 points by half-time before going on to claim his third 50-point haul as Golden State closed out a 116-107 win over the Nuggets.

“To be anywhere near him in any record book or now be on top, it’s surreal and it’s wild,” Curry said of Chamberlain.

“If you grow up in the game of basketball and you hear his name, you know it’s something extremely special, no matter what it is.”

Chamberlain averaged 41.5 points in his 429 games for the Warriors.

He also leads the Warriors in three-point field goals, assists and free-throw percentage.

The two-time MVP had his seventh consecutive game with at least 30 points, which is the longest streak by a Warriors players since Rick Barry during the 1967-68 season.

In Dallas, Joel Embiid scored 36 points to guide Philadelphia 76ers past the Mavericks,113-95.

The Sixers moved above Brooklyn Nets for top spot in the eastern conference before their final regular-season meeting.

The Nets’ game at Minnesota was called off because of the shooting death of a Black man by police in the Minneapolis area.

Phoenix Suns tied an NBA record with 18 three-pointers in the first half of their 126-120 victory over Houston Rockets, which has them right on the heels of the western conference-leading Jazz.

The defending NBA champions are 5-7 since LeBron James sprained his ankle on March 20 to join fellow All-Star Anthony Davis on the sidelines while the Knicks have won three in a row.