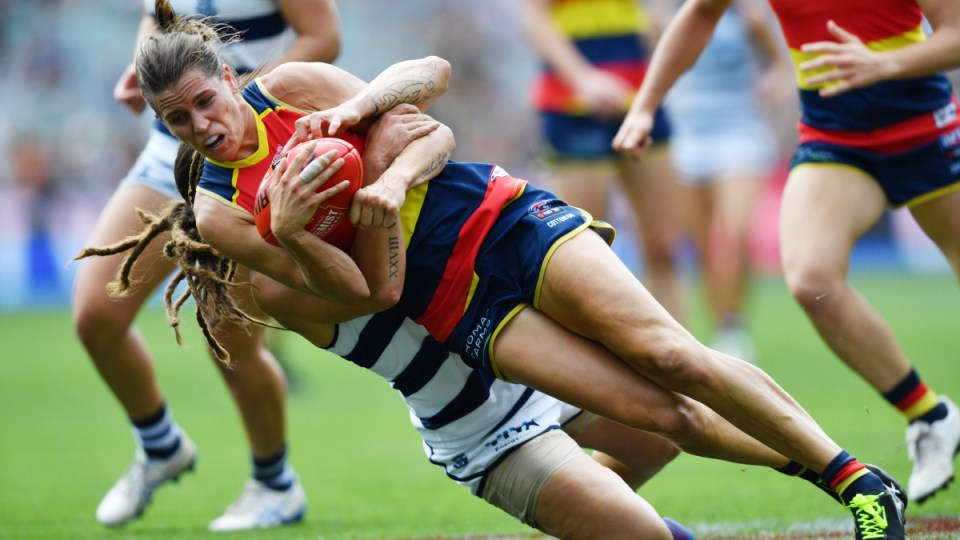 Chelsea Randall was ruled out of the grand final due to AFL concussion protocols. Photo: AAP

Adelaide Crows have been dealt a major blow ahead of Saturday’s AFLW grand final against Brisbane Lions, with captain Chelsea Randall sidelined due to the AFL’s concussion protocols.

Randall left the field in the first quarter of last Saturday’s preliminary final win over Melbourne at Adelaide Oval after colliding heavily with Melbourne’s Eliza McNamara.

The Crows’ medical staff attended to Randall on the field before deciding she would take no further part in the match.

The defender was ruled out of the grand final late on Monday afternoon due to the AFL’s concussion protocols.

The protocols, introduced earlier this year, state a player must be stood down from selection for a period of 12 days if they have suffered a concussion.

“Randall is a highly respected captain who has not only been a critical part of the development of the Crows women’s program but also a passionate contributor to women’s football in South Australia,” the Crows said in a statement.

“Randall, her teammates and the wider club are disappointed she won’t play this weekend but she will no doubt continue to play an important role in our team.”

Randall and Erin Phillips co-captained the Crows in their 2017 and 2019 grand final victories.

The 29-year-old is a three-time All Australian.

Saturday’s grand final will be played at Adelaide Oval.