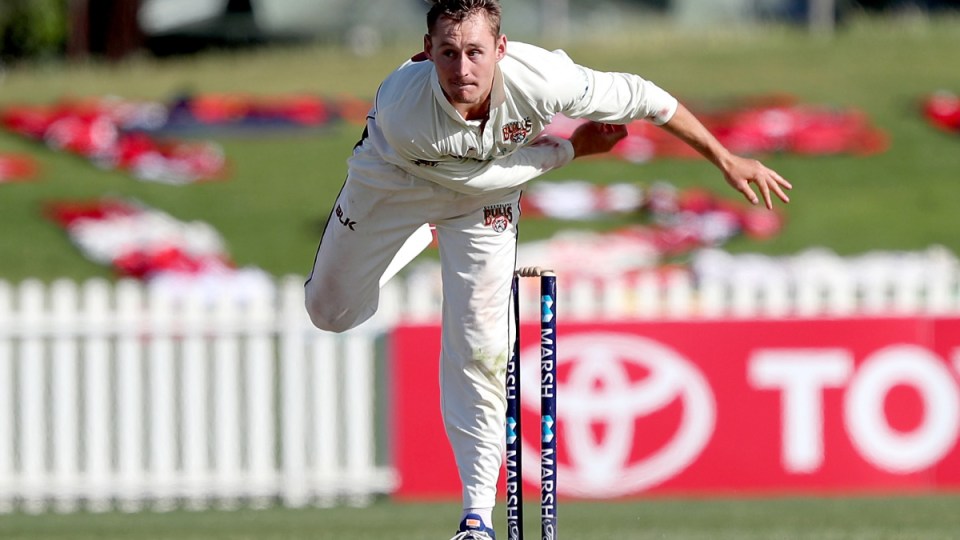 The Sheffield Shield final could be a spin-off with Mitch Swepson and Nathan Lyon going head to head again as Queensland locked in a decider against New South Wales.

Swepson (4-60), returning early to cricket after a neck injury, was a constant menace in the second innings against the Blues before bad weather in Wollongong saw their final-round match fade out to a draw on Tuesday.

NSW was 5-145 with a lead of 93 when captains from both sides agreed to call a halt to proceedings at North Dalton Park midway through the second session of day four.

With Western Australia losing to Tasmania, the Bulls will now host the decider in Brisbane starting next Thursday.

Swepson and Lyon look primed for the occasion.

The Queensland leg-spinner had been a little rough in the first innings after six weeks out of the game but bowled plenty of gems in NSW’s second dig as the Bulls at one stage sensed they could run through the home side’s batting order.

Swepson described the day’s result as bittersweet given the Bulls were making a late charge but was now geared up for the decider.

“It would have been nice to see another 20 (minutes), half an hour just to see where we would have gone … but locking in a Shield final spot is a great feeling,” he said.

Quizzed on whether he felt ready to play a Test for Australia, Swepson was clear.

At this stage Swepson would likely have to play in concert with Lyon for Australia, the latter showing he still has what it takes after a modest return in the India series.

The Test tweaker was awarded man of the match for his 6-128 in Queensland’s first innings and is comfortably the leading wicket-taker in the competition this season with 39 scalps at 25.

"It actually felt like a half-tracker out of the hand!"

Not a bad outing for Mitch Swepson when his bad balls are getting big wickets! 😅 #SheffieldShield pic.twitter.com/PI2eJyLKmf

The Bulls had hoped to race through the Blues’ line-up early on the final day but were largely curtailed by Matthew Gilkes (66) and Jason Sangha (29) – two of the top three scorers in NSW’s first innings.

Sangha and Gilkes departed in quick succession before lunch and when Swepson bowled Lachlan Hearne with another peach, the Bulls seemed an outside chance of pushing for a win before the weather scuppered their plans.