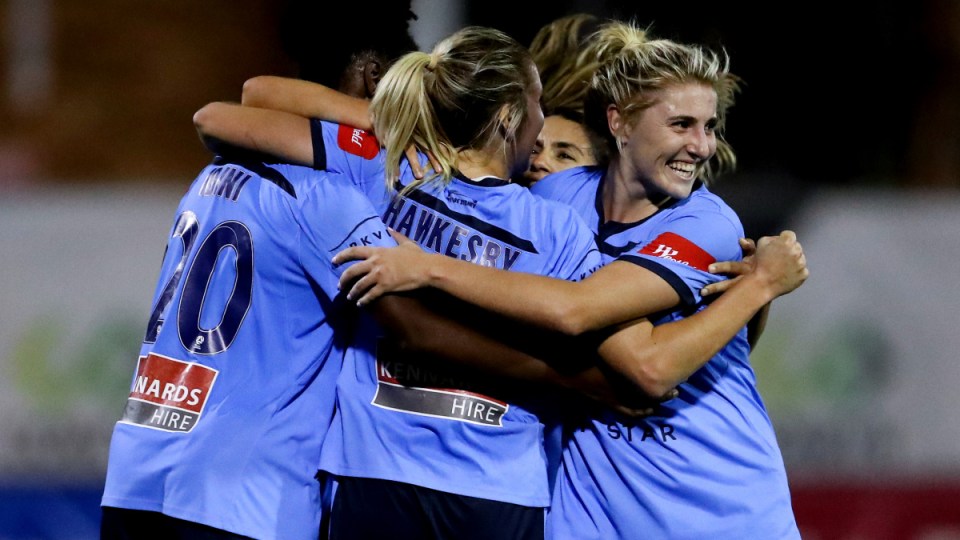 Sydney FC has advanced to the W-League grand final after Monday's win over Canberra. Photo: AAP

Sydney FC has qualified for a fourth straight W-League grand final with a 3-0 semi-final win over Canberra United at Netstrata Jubilee Oval.

The Sky Blues will face Melbourne Victory in Sunday’s season decider at the same venue.

Canberra had the majority of early possession and territory and a number of shots through the game, but lacked the cutting edge displayed by the minor premiers on Monday.

Midfielder Wheeler doubled Sydney’s lead in the 64th minute, when her strong volley from the edge of the box from a Charlotte Mclean cross deflected off a defender.

But the highlight came in the 73rd minute, when defender Ally Green charged forward and blasted a superb shot from outside the area for her first W-League goal.

Canberra’s hopes of a win were dealt a blow with top scorer Michelle Heyman ruled out by a quadriceps injury.

United’s best chance came after 38 minutes, when Nickoletta Flannery almost capitalised on a defensive error by Sydney, but Jada Whyman made a crucial close range save.

Victory, which on Saturday booked its grand final spot with a 6-2 away win over Brisbane, played Sydney only once in the regular season, losing 2-1 to the Sky Blues last Wednesday.

Sydney and Victory have met in one previous grand final, with the Sky Blues winning 3-1 in 2013.

Sydney has won three titles from seven grand finals and Victory one from two.

It will be a fourth straight grand final for Sydney coach Ante Juric.