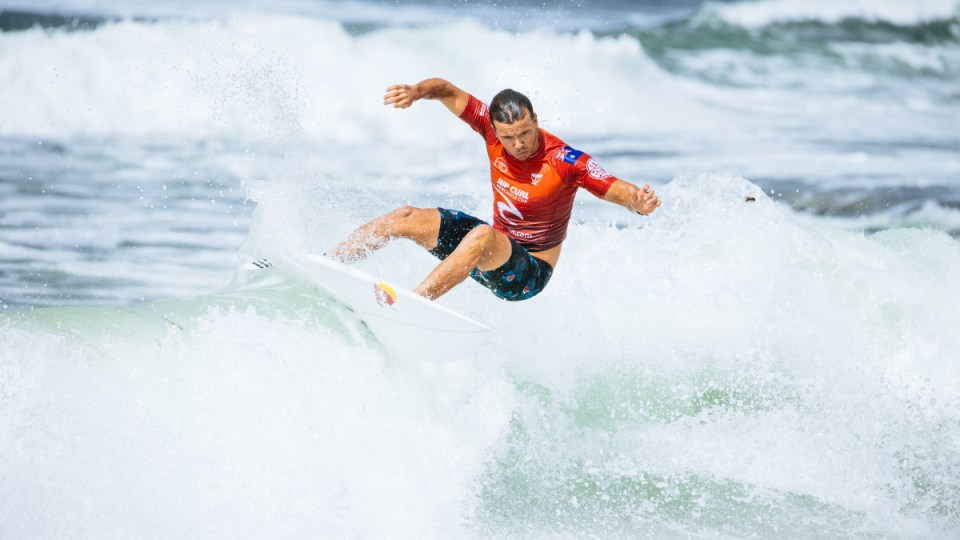 Julian Wilson of Australia during round 1 of the Newcastle Cup WSL event in Newcastle. Photo: AAP

The Newcastle Cup World Surf League event will remain on hold for a fourth straight day, with organisers hopeful that action could resume as early as Tuesday.

Conditions at Merewether Beach have been unsuitable for competition since Thursday, when tour leaders Tyler Wright and John John Florence both set the standard in their opening round heats.

However, more favourable swells are expected.

“The good news is that we have waves on the way, possibly as early as tomorrow, and for the rest of the event window,” WSL SVP of Tours and Head of Competition Jessi Miley-Dyer said.

When competition does resume it will be in the elimination round. A loss in this round will mean a last-place finish in the second event of the season.

When the men’s action recommences a number of Australians including Owen Wright and Julian Wilson will attempt to avoid an early exit.

The next call for the event has been scheduled for Tuesday at 6.45am for a possible 7.05am start.