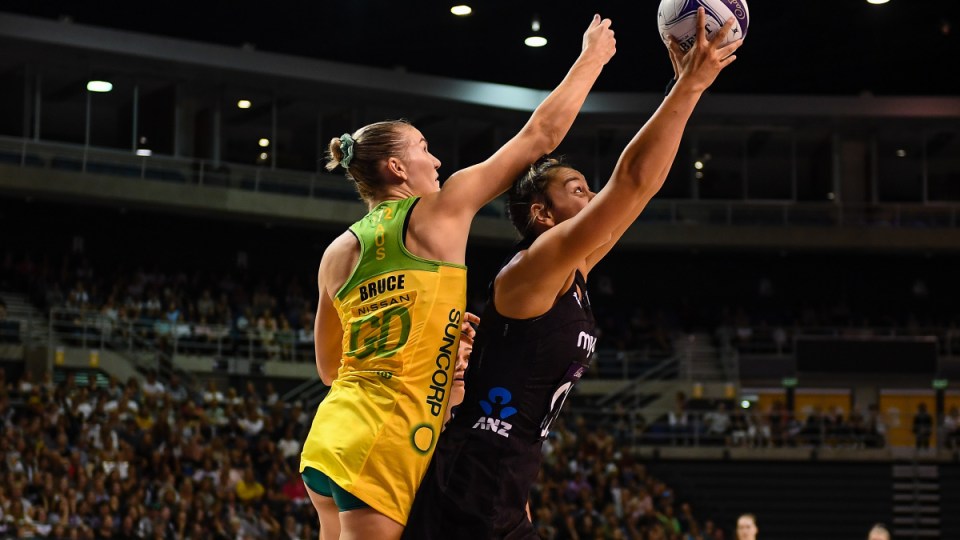 Australia coach Stacey Marinkovich insists the Diamonds are heading in the right direction despite losing netball’s Constellation Cup to New Zealand for the first time in eight years.

The Silver Ferns’ fightback 45-43 fourth Test win in Christchurch on Sunday secured a 3-1 series victory, their first since 2012.

Under the guidance of supercoach Noeline Taurua and standout captain Ameliaranne Ekenasio, the world champion New Zealanders appear on the cusp of a new era of confidence.

In contrast, Australia’s rebuilding program under new coach Marinkovich still has unanswered questions after the weary Diamonds could not make the most of an early lead.

The visitors led by eight goals in the third quarter but when the cup was on the line, they had little left in the tank.

“When you represent Australia there is an expectation to win,” Marinkovich said.

“We’ve got to build that. We’ve been doing hard work off the court, it’s our first opportunity to put it together and we need to take those words and put them into action.

“We learned an incredible amount and we’re going to come back bigger and better.”

Diamonds captain Liz Watson was not at her best in the series decider but she remains the heaviest contributor to the team and the favourite to lead the side in the long term.

Watson added a game-high 27 feeds in the decider and, along with Courtney Bruce, was one of two players to feature in every minute of the series.

There were no minutes for former skipper Caitlin Bassett in the final match, with Kiera Austin (28 goals) and Cara Koenen (15 goals) showing promise but unable to haul their side over the line.

After a confident start they shot at 80 per cent accuracy while the New Zealand shooters were more efficient at 87 per cent.

The players are proving why this battle is always a physical one. 💪

“The combinations we have out there haven’t had much experience whatsoever,” Marinkovich said.

“On that last part we had players out there who haven’t been in that intense situation playing for Australia.”

Ferns wing attack Gina Crampton recovered from a slow start to be one of her team’s most influential figures with eight feeds in the last quarter.