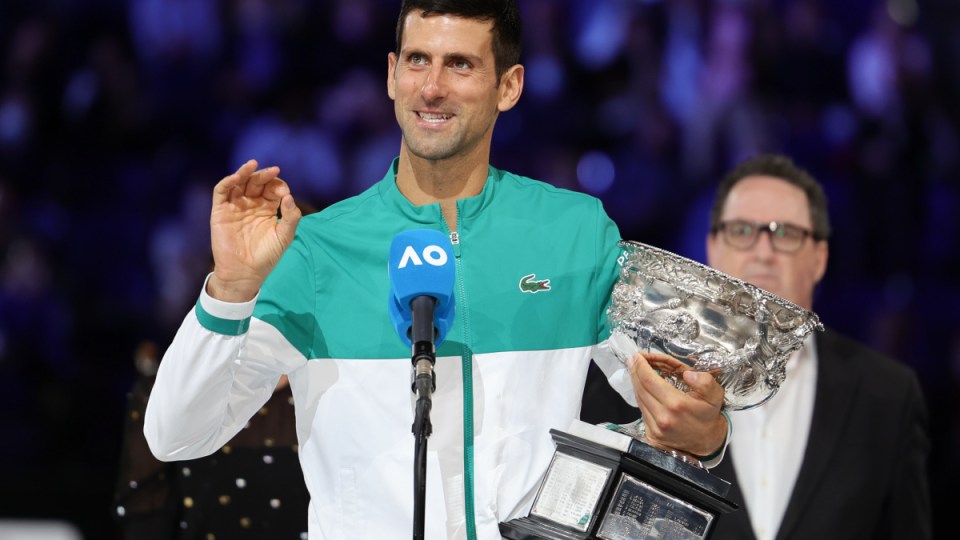 The 33-year-old had made chasing the mark, which he is guaranteed to break next week, one of his major career goals.

He has been helped in his mission by temporary changes to the ranking system because of the coronavirus pandemic that mean players can currently count tournaments from two years instead of one.

But there is no doubt Djokovic remains the world’s best men’s player, as evidenced by his ninth victory at Melbourne Park in February, when he destroyed Russia’s Daniil Medvedev in straight sets in the final.

He has begun 2021 by winning nine consecutive matches while in 2020 he did not lose a completed match until the French Open final in October.

Djokovic sits on 12,030 points, more than 2000 clear of Rafael Nadal, with Daniil Medvedev and Dominic Thiem the only other players with more than 7000 points.

Next week, he will hold the men’s singles record on his own.

Three women have held it longer.

Breaking the record is set to mean Djokovic plays only sparingly while restrictions prevent his young family from travelling alongside him, with the Serbian heavily prioritising the grand slams as he chases down his other major goal.

Djokovic’s trophy in Melbourne took him to 18 slam titles, two behind the joint holders of the men’s record, Federer and Nadal.

“After achieving the historic No.1 for the longest weeks at No.1, it’s going to be a relief for me because I’m going to focus all my attention on slams mostly,” Djokovic said.

Novak Djokovic equals Roger Federer record of 310 weeks at No.1