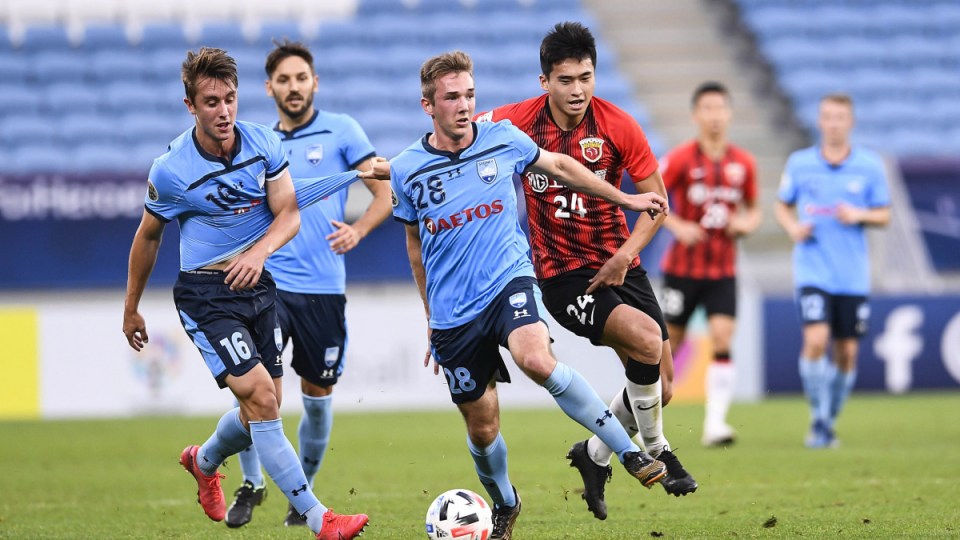 A-League champions Sydney FC will have to climb the tallest mountain if it wants to be crowned kings of Asia this season.

It is a group of death with the top two progressing, along with the three best finishing third-placed teams from all the groups, giving Sky Blues coach Steve Corica plenty to think about.

Brisbane Roar, which will playoff with Kaya-Iloilo of the Philippines and Chinese Super League side Beijing Guoan, also faces a tough test should it advance to the group stage.

The toughest group is _______ pic.twitter.com/iCUxI4AbRA

Roar will come face to face with defending champions South Korea’s Ulsan Hyundai, which beat Iran’s Persepolis in the final of last year’s competition to win the title for the second time.

Forty teams will participate in the group phase of the competition – an increase from 32 last year – with the winners of each group plus the three best runners-up from the west and east regions advancing to the last 16.

The group will be completed by the winners of the playoff between South Korea’s Daegu FC and Chiangrai United from Thailand.

When 🇮🇷 Persepolis' Mahdi Torabi did this at #ACL2019! pic.twitter.com/c86Mt2y9BJ

In the western half of the draw, Saudi Arabia’s Al Hilal, who won the title in 2019, will meet Shabab Al Ahli from the United Arab Emirates as well as debutants FC Istiklol from Tajikistan and either Qatar’s Al Gharafah or AGMK from Uzbekistan.

Persepolis, which has been runners-up twice in the past three seasons, headlines Group E, where it will meet Qatar’s Al Rayyan, FC Goa from India and the winners of the playoff between Al Wahda from the UAE and Iraq’s Al Zawraa.

The group phase of the competition is due to be played on a centralised basis due to the ongoing COVID-19 pandemic, with member associations asked by the Asian Football Confederation to submit bids to host the competitions in their respective regions.

Matches are scheduled to begin in April, with the knockout rounds slated to be played from mid-September.

The final will be held over two legs on November 21 and November 27.