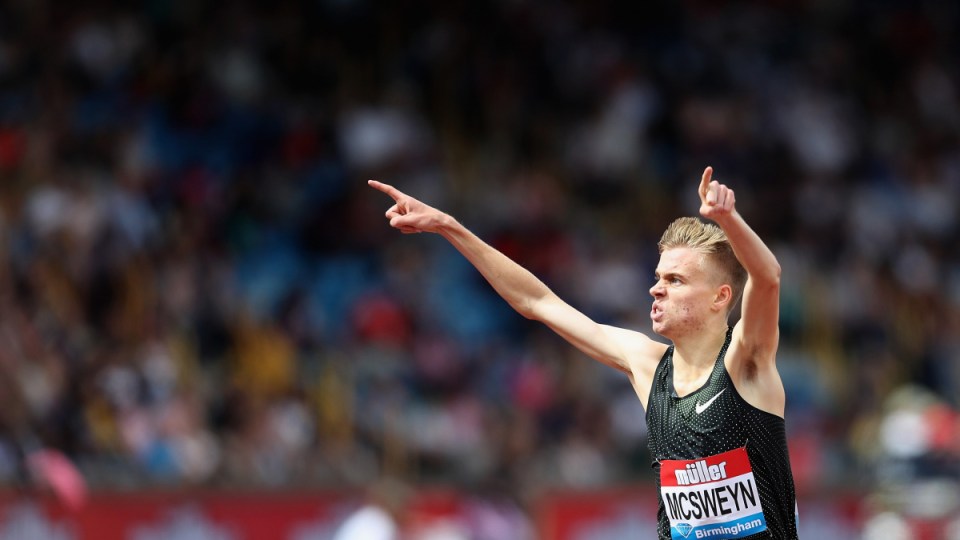 Stewart McSweyn does not believe athletes should skip the queue for vaccines. Photo: Getty

Two of Australia’s leading distance runners say elite sportspeople should not be allowed to jump to the front of queues for the coronavirus vaccine.

The rescheduled Tokyo Olympics – due to start in late July – remains under a huge cloud, with a surge of COVID-19 cases in the host city.

Melbourne runner Stewart McSweyn is in the form of his life – having qualified in the 1500 metres, 5000 metres and 10,000 metres – but has yet to get the chance to compete at an Olympic Games.

“As an athlete you have to think it is going ahead,” he said while watching trackside at suburban Box Hill on Tuesday as training partner Brett Robinson succeeded him as the national 10,000 metres champion.

“Obviously we will be preparing as if it is going ahead until we get the final word.”

But he did not want athletes getting preferential treatment, even if that increased the likelihood of major sporting events such as the Olympics going ahead.

Cricket Australia detailed what it considered the risk to cricketers and their entourages of contracting the virus and said cricket was “vital to Australia’s national and international interest”.

Shadow health minister Chris Bowen said all Australians should be vaccinated, but cricket players should not be prioritised.

“Every Australian should get access as soon as possible, whether they play cricket or not,” Mr Bowen said.

On Tuesday, Australian Rugby League commissioner Peter V’landys revealed the NRL would make a similar case. The ARL wants players to be vaccinated after health workers and at-risk individuals.

“Under no circumstances are we going to jump the gun and go before emergency workers and the most vulnerable.”

But McSweyn said athletes should not be jumping ahead at all.

“At the end of the day, we are a sport and there are a lot of people who deserve to get the vaccine before us,” he said.

“If we fall in line after the most important people get it then, yeah, I think we should get it.

“I saw they have started vaccines [overseas] so hopefully it means we are not too far away in regards to the Olympics.

“But I don’t think we should jump the queue.”

Robinson, who has bettered the Olympic marathon qualifying standard, took a similar line.

“There are bigger things to worry about than a running race,” said the 29-year-old after claiming his first Zatopek:10 title.

“There are people dying – so just so we can do a running race I don’t think we should get priority at all.

” There are people losing their jobs – I think that is so much worse than a running race.”

Australia’s coronavirus vaccinations are due to begin in late February.