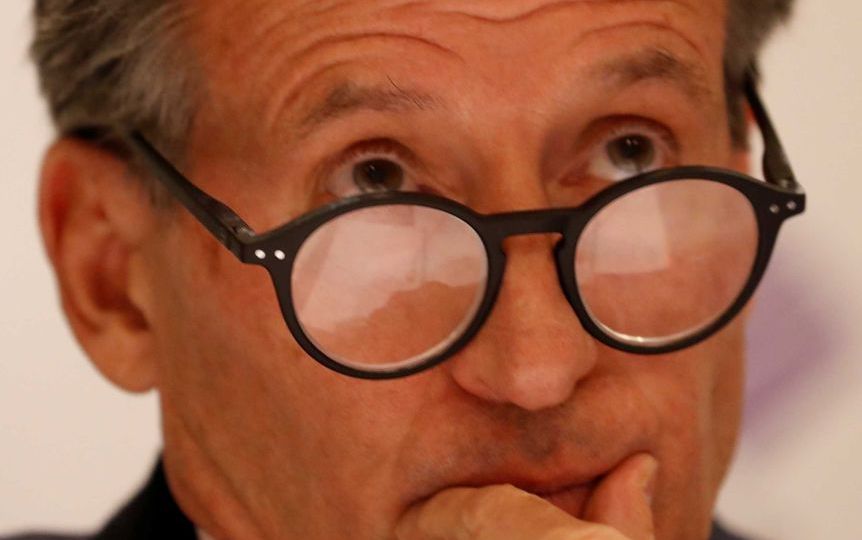 Sebastian Coe said he was thankful it was Japan who was dealing with the challenge of putting on the Games. Photo: Reuters

The president of World Athletics says he is concerned for the wellbeing of athletes as they prepare for the delayed Tokyo Olympic Games amid the “rumours” of cancellation.

Lord Sebastian Coe, who is also a current IOC member and former UK member of Parliament, said he would not buy into any discussion around a political divide in Japan after London’s Times newspaper reported Tokyo was looking for a way out of hosting the Games.

“As a former politician I’m long enough in the tooth to know you don’t actually ever comment about the politics of someone else’s country,” Lord Coe told the ABC.

“And I certainly don’t want to get into the well-worn fragilities of a coalition government.”

Japanese Prime Minister Yoshihide Suga issued a statement on Friday saying the government and “all our delivery partners” would continue “to make every effort to prepare for a safe and secure Games”, and Lord Coe says that is where the focus should be.

“I think the most important thing that I’ve witnessed in the last few hours, given the nature of that story, is it was immediately knocked down by the Japanese Prime Minister,” he said.

“It’s probably better for athletes, who I do have concerns about, that they’re not swept along from rumour to rumour and losing focus on what they need to really focus on.”

The cost of organising the Games has ballooned to more than $20 billion.

Cancellation would not only mean that money — mostly government funding with some private investment — is sunk, but the IOC’s major funding source would also evaporate.

Television rights provide around 75 per cent of the IOC’s income with US broadcaster, NBC, the major contributor.

Only 5 to 10 per cent is paid up front with the remainder, in this case thought to be around $1.3 billion, to be paid once the Games has been staged.

With 90 per cent of the IOC’s revenue going back into Olympic sports — through International Federations such as that presided over by Lord Coe, and the 206 National Olympic Committees — the cancellation of a Games could financially ruin many of the smaller Olympic sports that rely on funding from the world body.

World Athletics is the largest and highest profile Olympic sport, but Lord Coe siad they have also had their challenges, with athletes hardest hit from the Games postponement.

Likewise, athletes would be also hardest hit from a potential cancellation.

“The athletes had a hard run last year, that’s why we created a welfare fund for 200 of the top but most vulnerable athletes … I’m talking about actually keeping, in some cases, rent and a roof above their heads and food on the table,” he said.

“So, we know that the athletes would be hit hard if that happens. There are some sports that are better placed than others to withstand that.

“The one thing about the COVID experience is that we have all looked closely at our organisations. We’ve asked people from outside to help us with that, we’ve not done it internally and that’s really important.

“Our sport is not awash with money, but we do have contracts in place that were pretty much all renegotiated over the previous year for 10 years with good uplifts.

“Of course we want the Games but not just for the financial reasons.

“No sport wants to go indefinitely without those big global showcase moments where the world can see, in our case, the most God-given talented athletes on the planet.

“Everybody is scenario planning … we’re all two-speed organisations at the moment — or should be.

“Half our organisation is focusing on the day-to-day management of the events … the other elements of the organisation are sitting there figuring out what does the sport look like in two years’ time, four years’ time, five years?”

Despite the impact of COVID-19, World Athletics delivered 32 events in the past year, including Diamond League meets and World Championships.

“It’s not just financial, I think it is also spiritual — the world needs sport.”

“I think we have a responsibility across the sporting landscape to reassure the people of Japan who have shown remarkable resilience.

“I wake up grateful each morning that it is Japan dealing with this challenge and not some parts of the world I could think of.”

Above all, Lord Coe remains confident the Tokyo Games will go ahead.

“I do think the games will take place, I sincerely hope they do.

“Over 99 per cent of the world will not be in those stadiums watching those games — they will be at home, on any number of platforms enjoying that spiritual experience.

“You and I will probably go to our graves knowing that sport has the ability to drive social change in all sorts of ways. Well, this time it is almost the Florence Nightingale out there.”