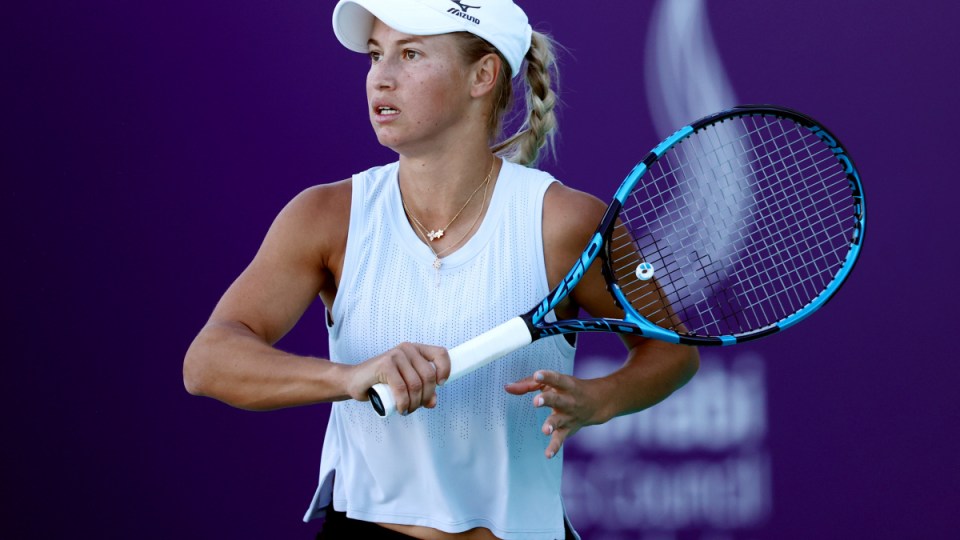 Yulia Putintseva has been vocal about her thoughts on the hotel quarantine program. Now she's got mice on board. Photo: Getty

We’ve seen some interesting scenes from inside the hotel rooms of quarantined tennis players this week, but none quite like this.

Kazakhstan tennis player Yulia Putintseva has drawn the ire of the Victorian government, for “feeding” mice in her hotel room and creating a vermin problem.

Putintseva is one of dozens of international players confined to hotel rooms for COVID-19 quarantine, ahead of the Australian Open in Melbourne next month.

Players have been trying to keep up their form by creating makeshift training regimes with mattress, walls and windows.

Three-time grand slam quarter-finalist Putintseva has been using social media to talk about the new friends she’s making in quarantine.

She says the first hotel room she was housed in had one mouse. She asked to be moved to a new room, which she says has even more mice.

“It’s actually a lot of them, not 1 in my room now!,” Putintseva tweeted.

it’s actually a lot of them! Not even 1 in my room now🤦🏼‍♀️ pic.twitter.com/uUaicOhoB5

“@rennaestubbs And what do you say now? I should not complain and just go to sleep?”

Putintseva’s request for a second room change was rejected with the hotel saying it was full, which she described as “a joke”.

She said cleaners were unable to service the rooms.

“We’ve had the hotel pest controlled this week and I think there may have been some feeding going on of the mouse,” Ms Neville said on Wednesday.

“We’re doing everything we can to make sure these rooms don’t have mice … I’d encourage them to minimise interaction with the mice and we will keep doing pest control if we need to.”

Undergoing 14 days lockdown in Melbourne, the world No.28 has been an outspoken critic of the hotel conditions the players are enduring.

What i don’t understand is that, why no one ever told us, if one person on board is positive the whole plane need to be isolated🤦🏼‍♀️ I would think twice before coming here

After initially slamming Tennis Australia for not informing players they were at risk of a hard lockdown should a passenger on their charter flight test positive to COVID-19, Putintseva has likened her Melbourne hotel to a prison.

She posted on social media a sign that said, “We need fresh air to breathe”, adding that she needed 10 minutes a day outside or windows that opened.

“In jail, at least you can breathe fresh air two times a day.”