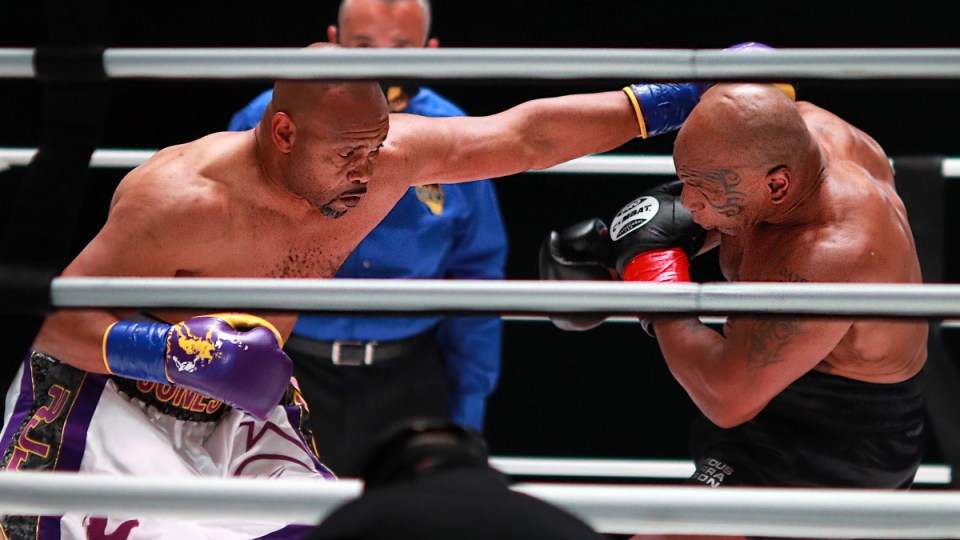 Mike Tyson showed glimpses of his destructive prime during the 54-year-old boxing icon’s return to the ring for a lively exhibition bout with 51-year-old Roy Jones Jr.

Both fighters had impressive moments during a fight that was unofficially ruled a draw by the WBC judges at ringside.

Tyson and Jones fought eight two-minute rounds, and both emerged smiling and apparently healthy from a highly unusual event at Staples Centre in Los Angeles.

“This is better than fighting for championships,” Tyson said of the heavyweight exhibition, which raised money for various charities.

“We’re humanitarians now. We can do something good for the world. We’ve got to do this again.”

The former heavyweight champion of the world’s return to the ring after a 15-year absence attracted international attention, and Iron Mike did his best to show the form that made him a legend to a generation of boxing fans.

Tyson tagged Jones with body shots and a handful of head punches during a bout that was required to be a fairly safe glorious sparring session by the California State Athletic Commission.

“The body shots definitely took a toll,” said Jones, the former four-division world champion widely considered the most skilled boxer of his generation.

“It’s something to take the punches that Mike throws. I’m cool with a draw. Maybe we can do it again.”

After the traditional pre-fight pomp and an introduction by Michael Buffer, the 50-something champions both came out throwing punches that evoked echoes of their glorious primes.