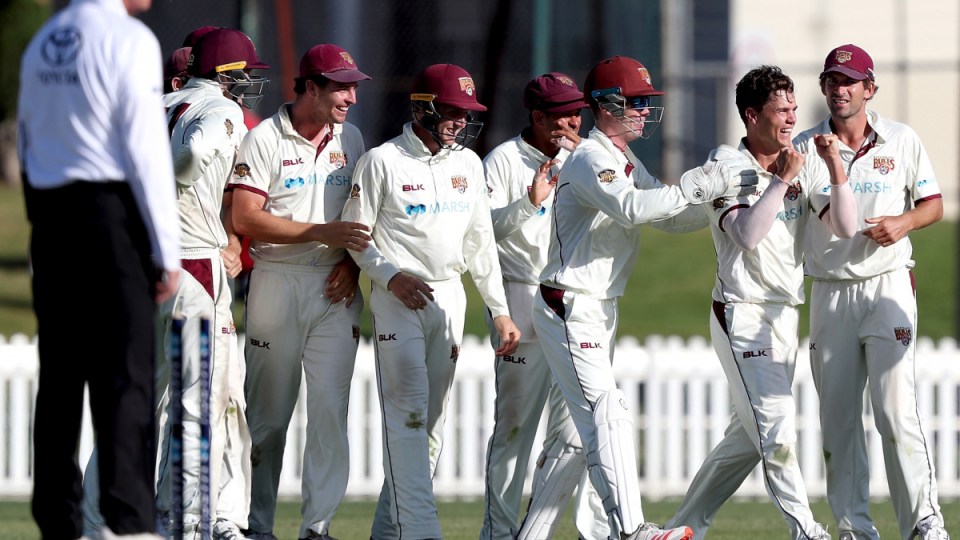 The Queensland Bulls are among the cricketing sides leaving Adelaide. Photo: AAP

Marnus Labuschagne and teammates rushed to Sydney from across the country as Big Bash League players departed Adelaide en masse on Tuesday, when Cricket Australia tried to plot a path around a growing COVID-19 cluster.

Adelaide Strikers have flown out for a pre-season camp in Coffs Harbour, while Adelaide-based players from other BBL sides will also now call the NSW North Coast home.

Players were enjoying a week off when they got the call to pack urgently and prepare to relocate, with some having to make a mad dash back home from Kangaroo Island.

Adelaide’s coronavirus outbreak, which comes one month out from the first Test between Australia and India at Adelaide Oval, has also prompted CA to alter travel plans for its limited-overs squad.

White-ball paceman Kane Richardson, who recently welcomed his first child with wife Nyki, has remained at home in Adelaide.

Players from Western Australia, Tasmania and Queensland who are involved in the Dettol ODI and T20 series, are travelling to Sydney today #AUSvIND https://t.co/KNvhUeFgpg

But players from Queensland, Western Australia and Tasmania, who have been forced to self-isolate as per their states’ rules regarding anybody who recently travelled from Adelaide, touched down in Sydney long before their planned arrival on Sunday.

CA chief executive Nick Hockley thanked players and staff for their understanding regarding changes to travel schedules and “their commitment to ensuring the summer of cricket is a huge success”.

“I would also like to thank the various leadership groups across Australian cricket for coming together over the past 48 hours and taking quick, decisive action,” Hockley said.

“CA has taken a proactive approach.”

CA is also likely to rejig the itinerary of its Australia A squad, which includes Test captain Tim Paine, as it seeks to avoid more logistical headaches before a tour game in Sydney starts on December 6.

Paine and other high-profile teammates were part of the Sheffield Shield hub in Adelaide, which wrapped up last week.

No Shield player visited any of the locations flagged by South Australia Health.

At this stage there is no suggestion that Adelaide’s pink-ball Test could be shifted away from the city but that could easily change if the COVID-19 outbreaks grows, with 20 cases now linked to the original cluster.

SA Premier Steven Marshall said he was “hopeful the cricket will go ahead”, adding he is yet to speak with anybody at CA regarding the issue.

But the South Australian’s wife Eloise and son Louis were part of the COVID-19 chaos.

Carey’s family opted to jump on a plane and rush to Sydney, wanting to ensure they could see the 29-year-old for the first time since he departed for a tour of England in August.

“Unfortunately the news out of Adelaide wasn’t great over the last 24 hours,” Carey told reporters.

“The (Strikers) boys have been able to get back to Adelaide, pack their gear up and get on a flight out as soon as possible.

“Guys are going a great job. Doing what they have to, to keep the ship moving.”

Meanwhile, the South Australian Cricket Association (SACA) cancelled all games under its umbrella for the next fortnight as per the state’s recent restrictions on sport.