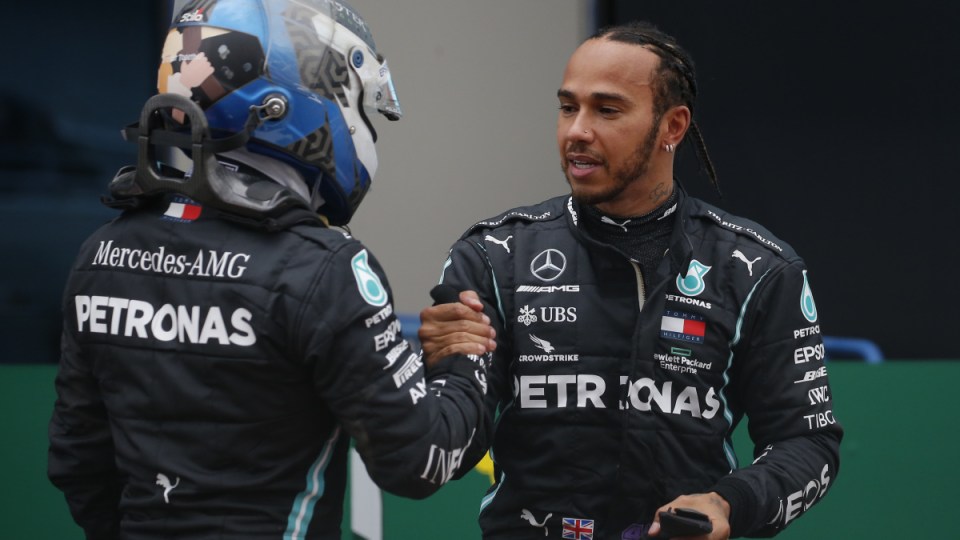 Britain’s Lewis Hamilton took a record-equalling seventh world championship and became Formula One’s most successful driver of all time after winning a wet and slippery Turkish Grand Prix on Sunday.

Hamilton already had more race wins, pole positions and podium finishes than any other driver in the history of the sport.

And now alongside the great Michael Schumacher on SEVEN world titles! Lewis Hamilton – the most successful F1 driver of all time. 👏👏

“Thank you so much guys … that’s for all the kids out there who dream the impossible. You can do it too, man, I believe in you guys,” he whooped over the radio after taking the checkered flag.

Hamilton, who had started sixth on the grid, was congratulated after parking up by second-placed finisher Sergio Perez, for Racing Point, and Ferrari’s Sebastian Vettel, who completed the podium in a race full of spins and changes of lead.

The victory was the 94th of Hamilton’s career, three more than Schumacher managed, and came after he started in sixth place and then delivered a masterclass of skill and tyre management.

Afterwards, a tearful Hamilton stood on top of his Mercedes and said: “I definitely am lost for words. The journey we have been on is monumental. I want to say a big thank you to Team LH for sticking with me for all these years and then to my family.

“We dreamed of this when I was young, when we watched the grands prix and this is way, way beyond our dreams and it is so important for kids out there to dream the impossible.

“You have to work, chase, and never give up or doubt yourself.”

LIVE from Istanbul! Watch all of the reactions from one of the most dramatic races of the year!!#F1Live #TurkishGP https://t.co/cR4FbEDRkI

Bottas, who came home 14th after saying four laps from the end that he wished the race was over already, also offered his congratulations as Hamilton celebrated with his ecstatic teammates.

Mercedes had already won the constructors’ championship for a seventh year in a row.

Australia’s Daniel Ricciardo had an eventful afternoon in the treacherous conditions, spinning at one point before eventually having to settle for 10th place in his Renault.

Hamilton’s remarkable performance was befitting of a driver who can now claim to be the most decorated the sport has ever seen.

Schumacher won his seventh title at the Belgian Grand Prix in 2004. It was a record many thought would stand the test of time.

But 5922 days later, Hamilton, the man who grew up in modest circumstances on a Stevenage council estate in England, has now matched the great German with his sixth championship in seven stunning years.

After defying the odds to take pole position here, Racing Point’s Lance Stroll led from teammate Perez for much of the race.

But the Canadian’s afternoon began to unravel in the final third. Stroll’s intermediate tyres were shot and after defying the pit wall’s decision to stop for new rubber he eventually surrendered his lead on lap 37. He would finish ninth.

On the same lap as Stroll’s stop, Hamilton – now promoted to third after Vettel took on new tyres and Alexander Albon spun in his Red Bull – was suddenly in contention to win.

As he approached the 12th bend, Hamilton swooped round the outside of Perez to take the lead.

From there, the 35-year-old was in a class of one. On older tyres, he lapped the 3.3 miles of recently relayed asphalt at the Istanbul Park circuit consistently faster than anybody else.

It was a mesmerising performance that drew parallels with one of his finest afternoons behind the wheel of a Formula One machine, at Silverstone in 2008, when he romped to victory in similarly testing conditions.