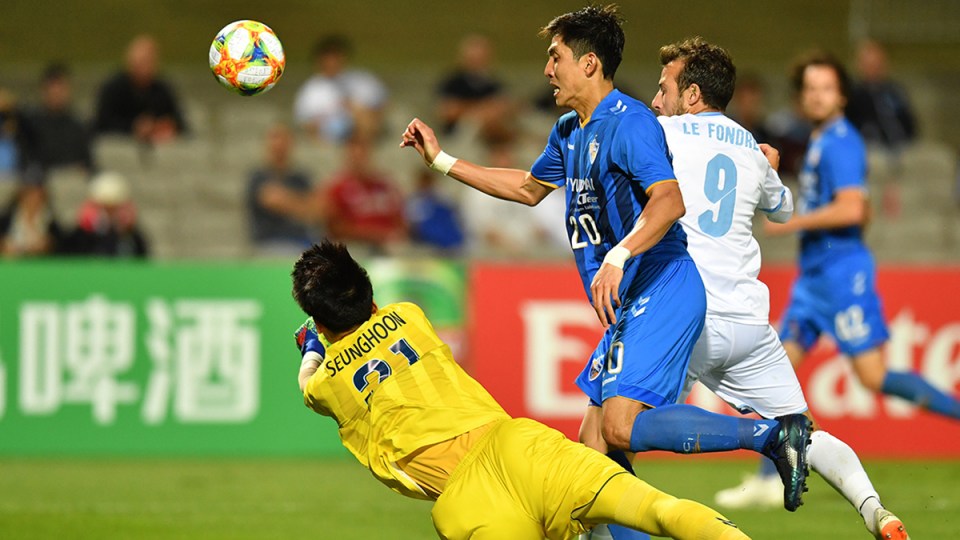 Sydney FC, Perth Glory and Melbourne Victory will take part in an Asian Champions League hub despite player concerns over health and safety.

The trio of A-League clubs will play at least their remaining group-stage fixtures in a hub in Qatar from November 15.

The eastern zone matches are being played in a condensed format to complete the continental tournament after it was halted by the global COVID-19 pandemic.

Glory chief executive Tony Pignata said the AFC had spoken to all clubs last week and he was satisfied the biosecurity “bubble” teams will be playing and staying in will be safe.

“When you’re travelling overseas it’d always a concern but we’re basically comfortable with what the AFC have done in terms of the protocols and the facilities they’re going to be putting us in.”

Wednesday is here, you know what that means 🤩

Which of these #ACL2020 Group E clubs is your favourite?#WallpaperWednesday is brought to you by #kärcher! pic.twitter.com/Oo7Jcjn8n9

The tournament was split in half due to the pandemic with the western zone competition held in Qatar earlier this year.

That event was eventually won by Iran’s Persepolis, which will meet the eastern zone winner in the tournament’s final in Doha on December 18 but was overshadowed by a coronavirus outbreak.

Defending champion Al-Hilal was forced to withdraw when they couldn’t field a full team for a group stage fixture after a reported 31 players and officials tested positive for the virus.

.@TheAFCCL In Focus…
We take a look at how Glory's Group F opponents are travelling ahead of the tournament resumption in Qatar.https://t.co/lt07zOP4VR#OneGlory pic.twitter.com/yiu9vtvmZv

“The people who flew in already had the virus, so it wasn’t as though they got it in Qatar,” he said.

“They would have learned from the way the western division was run, but I think that was sort of like a once-off.”

Nonetheless, players’ unions home and abroad say they still have concerns for their members.

“The challenges posed by the ongoing impact of COVID-19 means that players, staff and the clubs are are being asked to make significant sacrifices to allow for our continued participation in this year’s competition,” Professional Footballers Australia co-chief executive Beau Busch said.

“We are continuing work collaboratively with the clubs and coaches, through Football Coaches Australia, and FIFPro to address the players’ concerns in relation to their health and safety and to ensure their preparations for the upcoming season are not compromised.

“This remains the priority for all parties.”

FIFPRO is disappointed and concerned by the lack of consultation of professional footballers in the scheduling of the AFC Champions League in Qatar and the planning of COVID-19 protocols. #afc2020 #COVID19

International union FIFPro also released a statement about the eastern zone dates, saying player associations in Australia, Japan, Malaysia, South Korea and Thailand were not consulted about the competition fixture.

“Furthermore, we have not received any information about the outbreak of COVID-19 in the tournament’s so-called “medical bubble” during the western AFC region competition in September,” the FIFPro statement said.

An additional concern for the Australian clubs is the fear the imposition of a standard 14-day hotel quarantine could leave players facing an unacceptable risk of injury.

Pignata said he was hopeful Glory, as well as Sydney FC and Victory, would be granted exemptions to train together during their quarantine periods.

With the 2020-21 A-League season kicking off on December 27, he said ensuring players could continue their training upon their return to Australia was an important step.

“I’m pretty confident that given our situation we’ll be allowed to come back together, all at once.”