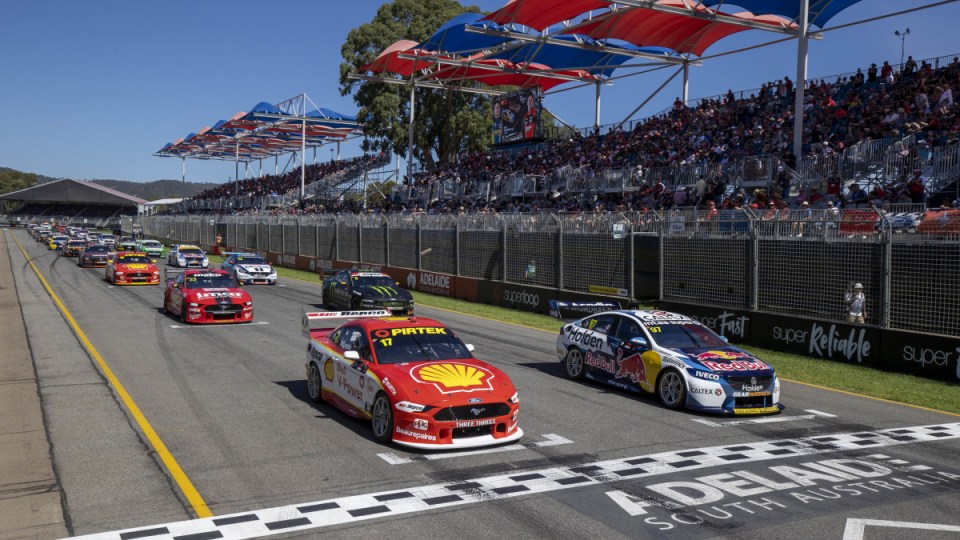 Next year’s event was going to be the last under the existing contract, but the South Australian Tourism Commission announced on Thursday the decision was made after careful consideration of a number of factors, namely the impact of COVID-19 on one of the biggest event-builds in the state and the inability to recoup costs in a pandemic.

“We have been in discussions with Supercars for the majority of this year, working through possible scenarios,” SATC chief executive Rodney Harrex said.

“At the end of the day, with the current set of circumstances we are not in a position to deliver a sustainable, successful future for the event for next year and beyond.

“This was not an easy decision to make … South Australia remains a strong supporter of Supercars racing, and would continue to promote the state as a venue for future events.”

Supercars responded with a short statement on Thursday night.

“We regret that the South Australian government has decided to cease holding this event.

“Supercars is looking forward to providing our fans with an exciting 2021 championship across Australia and New Zealand.

“If, at any time in the future, the South Australian government decides to recommence the Adelaide 500, Supercars would be delighted to be there.”

Back in late February, Jamie Whincup and Scott McLaughlin tasted victory on the opening weekend of the season at the Adelaide Parklands Circuit.

Shell V-Power Racing driver McLaughlin then went on to win another 12 races to be crowned series champion for a third straight year, before deciding to leave and compete full-time in the 2021 IndyCar Series with Team Penske in the United States.