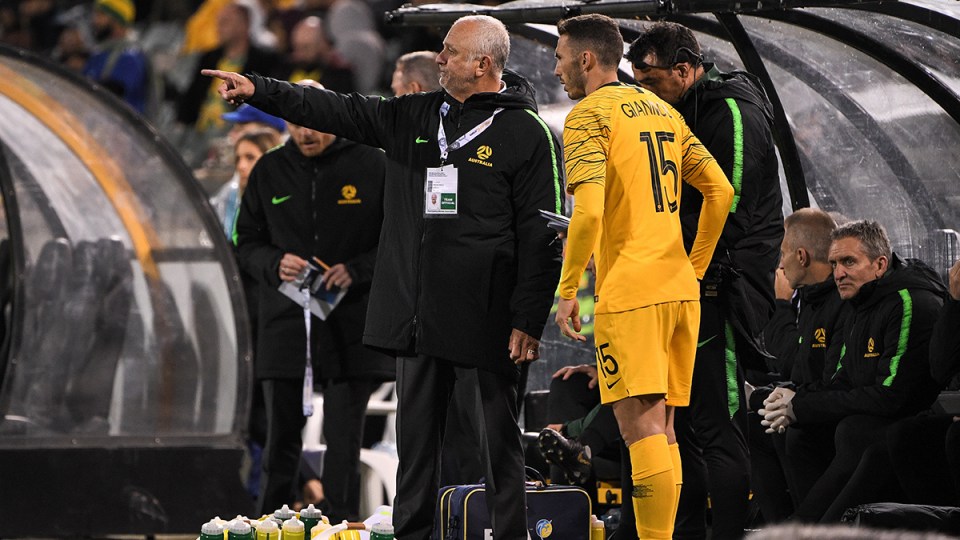 Graham Arnold admitted he faced a “difficult decision” when he received an offer from K-League giants FC Seoul but has confirmed he will stay on as Socceroos and Olyroos coach.

Speaking for the first time since knocking back the Korean club’s pitch last week, Arnold reaffirmed his commitment to Australia’s national teams but said it had been difficult being unable to have camps and matches due to coronavirus restrictions.

The Socceroos last played in November – with World Cup qualifiers and a maiden Copa America appearance postponed – while the Tokyo Olympics-bound Olyroos haven’t been in action since January’s AFC Under-23 Championship.

“The thing I love doing is getting on the field and coaching players and working with players and I haven’t done that since Thailand in January,” Arnold told SBS’s The World Game LIVE online program on Wednesday.

No matches in 2020 for the @Socceroos and very few players playing regularly in Europe's top leagues – is Arnie worried about World Cup qualification?

"We are going to be great. We will be fine … it will get down to mateship." Graham Arnold to @LucyZelic and @NickStoll pic.twitter.com/ODSUfzeusK

“It was a tough decision but once my heart and my gut took over the decision, there was only one decision for me.

“You know how much I love the green and gold and I love Australia, and coaching two teams at the moment and working with 60 players plus staff, there’s still so much in front of us.

“There’s been nothing cancelled, it’s all been postponed and therefore our program’s just going to get busier and busier in the future.

“… What a privilege it is to coach the Socceroos and the Olyroos; it’s something I cherish very much.”

The Socceroos will face a hectic schedule when they can return to international duty with a plethora of previously-postponed World Cup qualifiers to come.

Arnold said his players would embrace any challenge.

“What’s in front of us at the moment, who knows?

"If someone told me today, Arnie there is going to be a second division next week. It would be the second biggest moment in my football career! After I got the Socceroos job on merit… not in 2007 when I got it given to me." Graham Arnold to @LucyZelic and @NickStoll pic.twitter.com/7Zjfx12OKc

“Every time I try to plan something, we’d planned to play England and the US, it gets called off (and) I get too devastated that I’m not doing what I enjoy doing.

“But I just have this huge belief in these boys and I feel we’re in a great position at the moment.

“Whatever’s thrown at us by the AFC, whatever that is, we’ll deal with, because we have mentally strong boys.”

‘Only one decision for me’: Graham Arnold commits to Socceroos, Olyroos