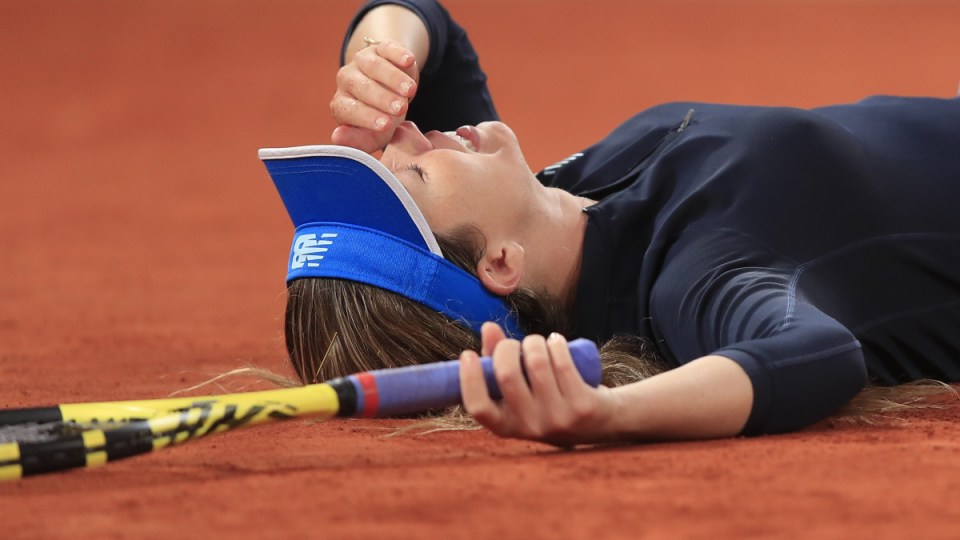 American Danielle Collins has booked her place as the last quarter-finalist at the French Open, surviving a fightback from Tunisia’s Ons Jabeur to win their rescheduled fourth-round match.

The pair were supposed to play on Court Suzanne Lenglen on Monday but a heavy downpour prevented them from starting because that court does not have a roof.

The world No.57 will now battle fourth seed Sofia Kenin for a place in the last eight.

The Final 8️⃣ Women are decided!

Petra Kvitova owns two Wimbledon titles, so making it to the quarter-finals of a grand slam tournament for the 13th time should not necessarily feel like a big deal to her.

But this was different.

Which is why the No.7 seed’s emotions swelled and her eyes watered after she beat China’s Zhang Shuai 6-2 6-4 on Monday at the French Open, where she had not reached the round of eight since 2012.

Poignantly, this was the tournament where Kvitova made her tennis comeback three years ago, following a harrowing knife attack that left her with serious injuries to her racket-swinging left hand and with doubts about whether she would ever play again.

“My memories. Happy memories … Everything just came back to me,” said the No.7 seed, who next faces Laura Siegemund, a first-time grand slam quarter-finalist.

“When I’m talking, I’m getting emotional again. It’s been a long ride, definitely. Everything came to my mind – my whole family, people who I loved, (who helped) me through the tough, tough time,” Kvitova said.

Siegemund booked her place in the last eight with a 96-minute 7-5 6-2 win over Spain’s Paula Badosa.

The 32-year-old German’s best run at a slam continues, which was previously a third round appearance at both the Australian and US Opens in 2016.

American fourth seed Sofia Kenin appeared to be unnerved by the cheers of the sparse partisan crowd as she recovered from a wobbly start to reach the quarters with a 2-6 6-2 6-1 victory over home favourite Fiona Ferro.

The Australian Open champion, who next faces compatriot Danielle Collins, broke into tears after ending the contest.

“I tried to use (the crowd) as motivation. Obviously I was not really too happy with how it was going. I knew it’s expected. I understand why. I’m playing a French player, and she’s had a great run here.”