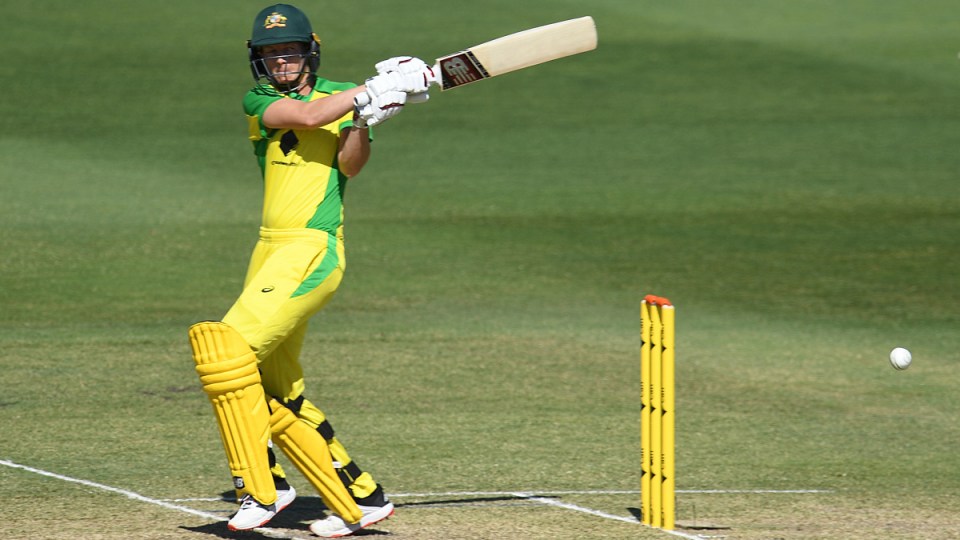 A century by captain Meg Lanning has steered the Australian women’s cricket team to a remarkable 20th straight ODI victory and a shot at history.

Lanning struck an unbeaten 101 off 96 balls as Australia claimed a four-wicket game two win over New Zealand in Brisbane on Monday that sealed the trans-Tasman Rose Bowl series.

After the White Ferns made 9-252 at Allan Border Field, Lanning hit her 14th one-day international ton and vice-captain Rachael Haynes struck 82 off 89 to help steer Australia to 6-255 in the 46th over.

It ensured Australia retained the Rose Bowl trophy it has held since 2000.

Now Australia can make history with another victory in Wednesday’s game three.

A series whitewash can equal the ODI record of 21 consecutive wins held by Ricky Ponting’s men’s side in 2003.

And Lanning’s side will be quietly confident after Australia backed up its seven-wicket win in the series opener by reeling in the biggest total of its impressive streak that started in early 2018.

Lanning put on a 117-run second-wicket stand with Haynes before spinner Amelia Kerr (3-47 off 10 overs) threatened to turn the match on its head.

She trapped Beth Mooney leg before for six, before dismissing Sophie Molineux (14) and form batter Ashleigh Gardner in successive balls as Australia slumped from 1-154 to 5-196 in the 36th over.

The White Ferns’ hopes of restricting Australia were not helped when strike seamer Lea Tahuhu (0-26 off 2.4 overs) broke down with a lower back complaint in the 13th over.

The White Ferns were cruising at 1-168 in the 39th over before Jess Jonassen (4-36) helped apply the brakes, taking three wickets in her 10th and final over.

Devine elevated herself to opener in the absence of destructive batter Suzie Bates (shoulder) and posted her highest ODI score against Australia and 13th one-day half century.

She enjoyed an opening stand of 75 with Natalie Dodd (34 off 59 balls) and put on 93 with Satterthwaite.

The last time New Zealand started an ODI innings with two 50-run partnerships against Australia was back in 1997.