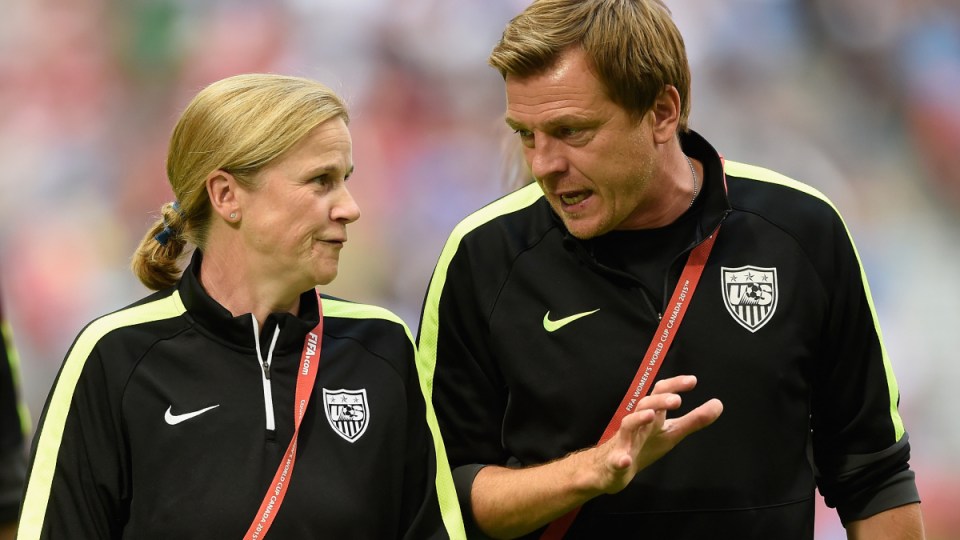 US coach Jill Ellis with Tony Gustavsson at the 2015 World Cup in Vancouver, Canada. Photo: FIFA via Getty Images

One of the key figures behind the US women’s national soccer team’s success, Tony Gustavsson, has been appointed the new Matildas head coach.

The FFA announced the 47-year-old Swede’s appointment on Tuesday evening on a four-year contract that will include coaching the Matildas at the 2023 Women’s World Cup on home soil.

Gustavsson is best known for his five-year stint as assistant to former US coach Jill Ellis – a partnership that delivered 2015 and 2019 Women’s World Cup wins.

Former Italy striker and ex-Canada coach Carolina Morace had also been linked to the role, along with Arsenal boss Joe Montemurro and Chelsea counterpart Emma Hayes.

Give him a warm welcome using the hashtag #WelcomeTony.

“I feel that my 21 years of coaching have put me in the position to be ready for this,” Gustavsson said.

“It feels as if I have come to a moment where this is what I have been waiting for – to lead the Matildas for four years and also at the FIFA Women’s World Cup in Australia and New Zealand in 2023.

“I have always said that the Matildas have the potential to be one of the best teams in the world and that is one of the reasons that I wanted to get on board with this job.

“I have been in the pressure cooker a lot of times and in environments that demand success.

“These experiences will be beneficial as we do this together with the fans, the stakeholders, the players, and the staff as a team.”

Welcome Tony! Can’t wait to get to work 👏🏾 https://t.co/qbopqS1myN

He then coached Tyreso FF between 2012 and 2014, including leading the Swedish club to the 2014 Women’s Champions League final.

When Ellis was appointed US head coach ahead of Gustavsson in 2014, she enlisted the Swede as her deputy.

Gustavsson was popular among the US playing group and is also well respected for his tactical acumen.

He stepped down from his US role at the same time as Ellis in July 2019 and is currently working at Swedish club Hammarby IF.

Gustavsson will likely take the reins for the first time in November, when the Matildas meet for a camp in Europe.

Australia has been without a head coach since Ante Milicic stepped down in July.

The Matildas are poised to participate in four major tournaments in as many years – the Tokyo Olympics, 2022 Asian Cup, 2023 Women’s World Cup and 2024 Paris Olympics.