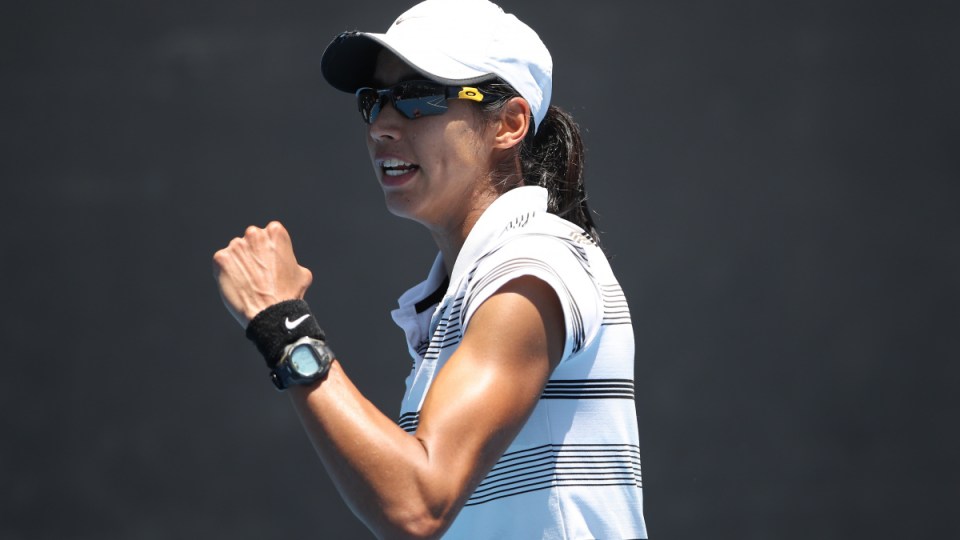 Astra Sharma is the first Australian to advance to the second round of the French Open after cashing in on her unexpected 11th-hour call-up in Paris.

Sharma only gained entry to main draw as a “lucky loser” from the final round of qualifying.

But the 25-year-old is now at least $140,000 richer after securing the biggest pay day of her career with a dogged three-set win over Russian Anna Blinkova.

Ranked some 56 places below the world No.58, Sharma recovered from a service break down in the deciding set to prevail 6-3 2-6 7-5 after a two-hour, 45-minute battle on Sunday.

Coached by David Taylor, the long-time former mentor of Australia’s 2010 French Open runner-up and 2011 US Open champion Sam Stosur, Sharma is through the second round of a grand slam for only the second time.

And the West Australian showed true grit to progress, overcoming the disappointment of blowing a 4-1 advantage in the third set, then breaking back as Blinkova served for the match at 5-4.

Her reward is a shot at another Russian Ekaterina Alexandrova, the 27th seed who ousted fellow Australian Maddison Inglis 6-3 6-3.

Ajla Tomljanovic, the top-ranked Australian in the women’s draw in the absence of world No.1 and 2019 champion Ash Barty, was also unable to overcome a tough draw.

Like Inglis, Tomljanovic went down to a seed, in-form Greek Maria Sakkari, but not without a fight.

Enjoying the finest grand slam season of her career, after reaching the last 16 in Melbourne and New York, 25-year-old Sakkari swept through the first set in 28 minutes without dropping a game.

But the 20th seed, a winner last month over the great Serena Williams, had to battle back from 5-3 down in the second as Tomljanovic made a stand.

Three other Australians, including US Open quarter-finalist Alex de Minaur, are in action later on day one in Paris.

Jordan Thompson, fresh off his career-best grand-slam run to the fourth round at Flushing Meadow, faces Radu Albot of Moldova.