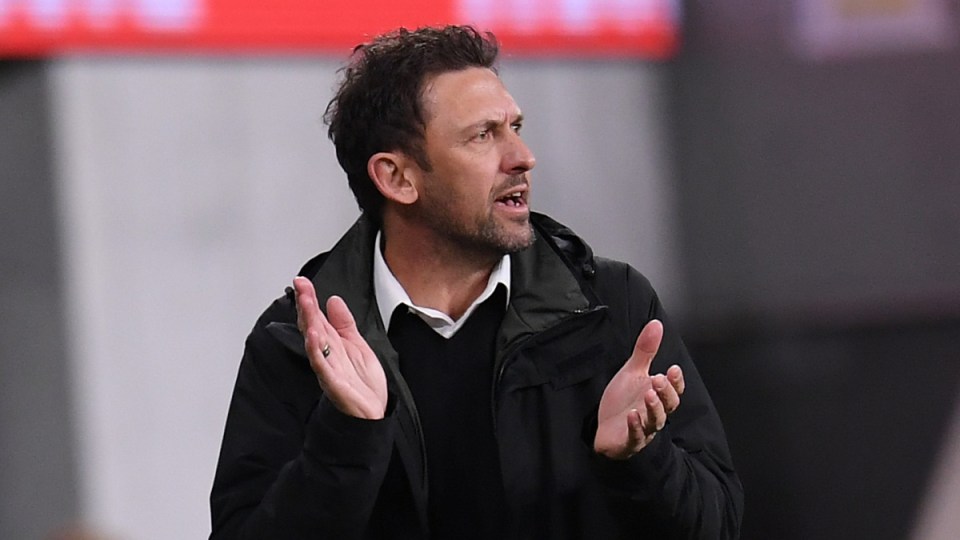 Perth Glory owner Tony Sage says coach Tony Popovic is leaving the club with his blessing, denying there is any animosity over the parting of ways.

Popovic, who still had one more year remaining on his Glory contract, has left the A-League club in order to take up a deal with Greek outfit Xanthi.

Xanthi has just been relegated from the Greek Super League, but have been bought by Sydney Olympic president Bill Papas.

The move to an overseas club owned by an Australian represents a much safer switch for Popovic compared to his disastrous stint at Turkish club Karabukspor, which lasted just over two months before he was dumped in late 2017.

Popovic left Western Sydney Wanderers in the lurch when he took up that deal with Karabukspor on the eve of the 2017-18 A-League season.

But it seems as though the parting of ways has been much smoother this time around, with Sage even nominating Popovic as the next Socceroos coach.

“There’s no animosity. Everything is fine between him and me,” Sage told AAP.

“It’s a fantastic opportunity for him.

“He’s done fantastic for the club, he loves the club. But clauses in contracts … just like players, I never stop anyone from going. Never have, never will.

“He brought us our first big silverware of the A-League era, so I wish him very well for the future.”

Popovic led Glory to the Premiers Plate last season before it fell to Sydney on penalties in the grand final.

This season, Glory was bundled out by eventual premiers Sydney 2-0 in the semi-finals.

Sage said the uncertainty surrounding next season played a major role in Popovic’s decision to leave.

“I mean no one knows what’s going to happen next year. The border restrictions are going to create havoc,” Sage said.

“He lived in a bubble for seven weeks, so I don’t think he wants to live in a bubble next year for five months if Perth has to play in a bubble somewhere.”

“The template has been set for Glory being a consistently successful club having challenged for honours in two consecutive seasons and I’m sure the players and staff can now build on that and maintain that consistency in years to come,” Popovic said in a statement.

Sage said the future of skipper Diego Castro would be up to the new coach.

Castro’s future is in doubt after he opted against joining his teammates in their NSW hub to finish the season.

Reports emerged Castro refused to play after being told he would need to take a pay cut.

“I’m surprised that Melbourne Victory are talking to a contracted player without advising us,” Pignata said.

“It’s all speculation at the moment because he’s still under contract with us for another season.”