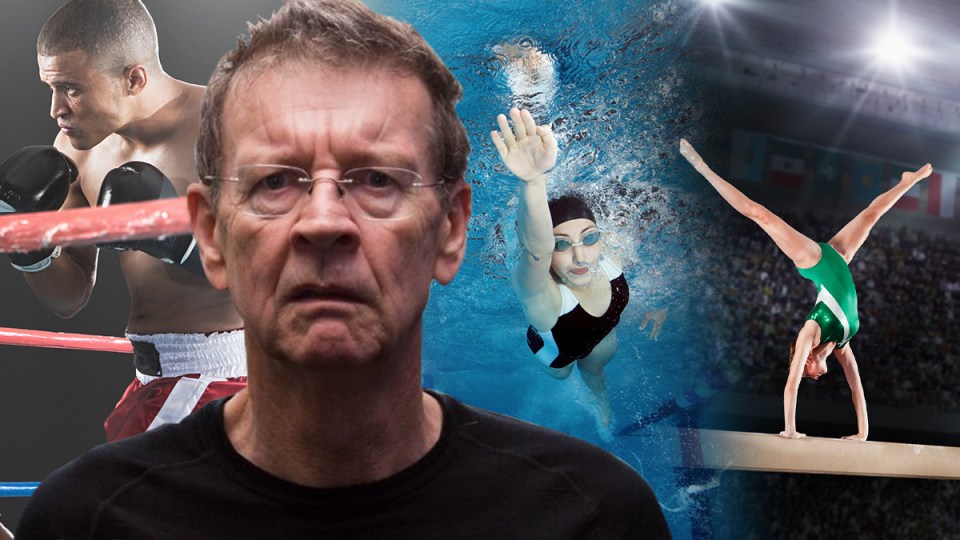 The coronavirus sport shutdown means the skill of the sports commentator is being tested as never before. Photo: Getty/TND

There I was, talking to the sports commentator, broadcasting the news of the day.

“There’s a man”, he tells me, “who got bullied at school, who decided he was sick of it and chose to start working out at the gym and went on to become a world-class boxer.”

Like any public conversation, it’s not possible to simply sit back and think about it silently for five or ten minutes. You have to keep kicking the can down the road.

In the world of improvisation it’s “Yes….and….”

“Yes, I got bullied at school and turned it into comedy”, I replied.

This was a psychoanalytical moment for me, a lucky dip, in which I reached into the barrel, fossicked and grasped a troubling truth about myself.

Right now, in the pandemic lockdown, the skill of the sports commentator is tested as never before. When there are no results because no-one is competing, what are you going to talk about?

My doctor and dentist have both described to me their current circumstance in which, like a passenger-less cruise ship in the Bahamas, they have to keep shovelling coal into the boiler whilst not really going anywhere. Unlike cruise ships, they have been able to drop the crew at a convenient port and now they’re doing all the work.

Football, cricket, tennis and swimming leagues are similar behemoths that operate at a charged level when they have competitors and spectators to herd in and out of paddock and pool.

As the pools started to close, a couple of months ago, one by one like falling dominoes, I went on a quest to find one that was still open. Swimming everyday had become part of my continuing habilitation.

I ended up at the town’s premiere sporting complex where the outdoor pool was still available to civilians but the indoor heated pool was reserved for “high performance training”.

I laughed at the officials and said, “There’s not going to be an Olympics.”

They were less amused.

My interest in competitive sports is limited and specific. The first time I went to the MCG was to record crowd noise. There appeared to be a game playing simultaneously.

My favourite television coverage was when the ABC broadcast games from Tasmania some years ago. The spectators cars were all parked nose-to-fence and they would honk their appreciation. The players were often recognizable from earlier days and not so much gone to seed but rather wilting and lumbering. Remember the golden age of pie nights and smoking at half-time?

I would just as soon see a performer before or after their peak. The real trick to climbing up Mount Everest is how do you climb down?

One of my favourite conversations with a sportsman was in regard to chess-boxing. He described the mental gear-change, every three minutes, from trying to beat your opponent into submission to the quiet cognition of chess and out-thinking a person who has just attempted to bash you senseless.

Here is my philosophical stance. Sports can be categorized as either fighting, fleeing or flouncing.

Fighting, in the case of boxing, is literally that, and so is throwing the javelin, archery and shooting clay pigeons. Yes, chess-boxing, alternating rounds of physicality and intellect, is also a fighting sport.

Swimming is a fleeing sport. Nobody swims ashore with a knife between their teeth to pursue their goal of rape and pillage except in movies.

Flouncing is any sport that has a score in decimal points provided by judges on aesthetic grounds. This includes gymnastics, high diving, the Miss World contest and mud wrestling.

Remember, my friend, the sports commentator at the top of the page? I heard him on air recently grappling with with the dilemma of how to fill the void in the absence of any actual events.

He contemplated football without spectators . As he said, television comedy has a “laugh track” to educate the audience as to what’s intended to be funny, so why not sport?

How about a “barracking track” noisily asserting cheers and boos for the football game with no spectators.

I’d be interested in that for quite a few minutes.

Red Symons calls on sporting gents and ladies to explain themselves