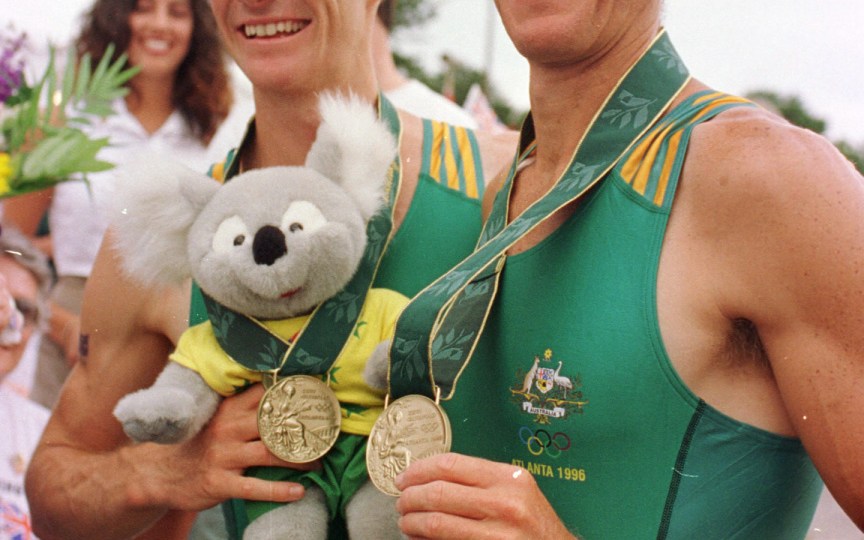 Olympic medallists: Out with the koalas, in with the coal.

Australian Olympians, indeed all athletes worldwide, here’s a challenge – forget the International Olympic Committee edict and bring a climate change protest to every medal presentation for the duration of the Tokyo Olympics.

The suits won’t like it, of course, but in 30 years from now they’ll likely strike you a special humanitarian medal or shower you with gratitude, just like Australia’s Peter Norman after his solidarity with black athletes in 1968.

Despite last week’s IOC move to ban political protests at official ceremonies in order to ensure “neutrality” and avoid any future “divisive and boycott situation” Sporting Spud feels there’s a loophole if the whole world joins in the one cause.

In fact, given the IOC’s ruling has had little media airtime here as the bushfire crisis rolls on, there is perhaps no better time for our Olympic athletes to make a stand on an urgent global issue.

And given Australia’s newly recognised status as canary in the … ahem … coal mine for climate change, our athletes could take the lead and ignore the directive, garnering worldwide support.

I mean, where is the division on this issue of global catastrophe one wonders?

Despite a summer of fire, smoke and chaos, when it comes to front-running in the move to a sustainable future, Australia remains an also-ran.

Given this, perhaps we should instead expect our Olympians to just toe the line and show the nation’s true colours – coal.

Maybe leave the green and gold behind and just wear, well, all black?

The Kiwis may complain over our new hue, but how could the IOC argue against every Australian athlete taking a lump of coal onto the medal dais, given our Prime Minister felt the need to do so in parliament.

It’s a visionary message for the ages. It surely won’t date at all.

I mean how good is sport? It can and should achieve great things on the world stage. Like more coal exports to China.

Imagine, if you will, instead of another stoush between Olympic 400m champion Mack Horton and his nemesis Sun Yang over tiny issues like drugs in sport, Horton could swap a lump of the black stuff with the Chinese swimmer on the dais.

It wouldn’t matter who finished with gold or silver because every one is the winner apparently.

The IOC would be happy at the harmony on show and all Australians  could be comfortable in the knowledge that we’ve kept the fires burning and the cash rolling in.

And if the ‘sport should only be about sport’ argument completely undoes the after-the-event accolades offered to Peter Norman after Mexico in 1968, well, so be it.

After all, Norman is only immortalised in bronze, not coal, for standing in solidarity with Tommie Smith and John Carlos.

The IOC is quite clear though. No kneeling. No politically motivated hand gestures. No political messages on signs or armbands. And absolutely no disruptions of medals ceremonies.

Given there’s are not too many of those fluffy koalas left after this summer how could the IOC argue if we gave our athletes some coal to cuddle as they get their medals.

That wouldn’t be political at all.

While West Coast Eagle Willie Rioli still does not know his fate after allegations of drug-test tampering, his teammates continue to show support, with Andrew Gaff saying there’ll be love around when the banned goalsneak returns to training.

AAP reported on Monday that Rioli is expected to return to Perth and resume season preparations, but so far there’s been no sign of him on track with his teammates.

The 24-year-old is facing a ban of up to four years after an August incident during a routine drug test.

“We’d love to have him back and we’d love to get around him and support him through this difficult time,” Gaff said. “We’re hoping pretty soon (he returns). He’s had a really tough time.

“But we’re looking forward to throwing our arms around him and helping him and supporting him through what has been a challenging six months.”

There’s little doubt that Carlton’s AFLW skipper Kerryn Harrington wishes she had her time again after twice hanging up on Ash Barty when calling a reporter’s phone during a press conference in Adelaide on Monday.

“Just with family, I think it hit them harder than most. My mum was always in tears because of the stories … I didn’t want to make a decision I’d regret … I understand where the money was at, but it’s not all about the money.”

– NRL star Latrell Mitchell says after months of speculation about his future, South Sydney’s family feel was what prompted him to sign with the Rabbitohs.