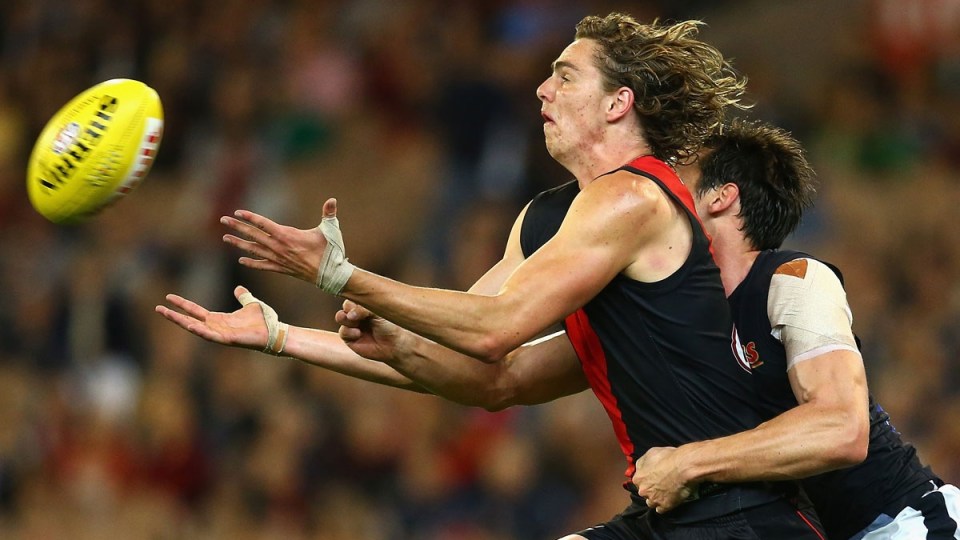 When it comes to sports marketing and branding, the AFL has never seen an American innovation that it didn’t want to grab, make its own and flog to within an inch of the sanity of the average footy fan.

Putting aside the, let’s say, inexplicable failure of AFLX to excite the imagination of the outer crusties, the national draft and trade period has been an undoubted success story.

In the league bosses’ endless drive to emulate their highly paid American cousins they have created a media behemoth with huge clicks to be clipped and ads to be sold.

AFL still dominates the headlines … and HQ loves it.

Every young AFL media rooster has a tip, or a hunch in the race to be the first to tell the fans – clearly all waiting with bated breath – to discover that the 31st bloke picked on your list is moving to the Gold Coast Suns for pick 57 and six jam doughnuts.

This year’s trade week deadline expires on Friday at 2pm, so stand by for a flurry of activity, with the draft then held as a prime-time, two-day TV event with the introduction of – wait for it – clubs live trading of picks.

No doubt AFL list managers have been boning up on how Kevin Costner pulled off the greatest-ever, albeit fictional, NFL Draft Day in the 2014 movie of the same name.

But a rewind on that flick shows that even the AFL has a long way to match the over-the-top faux tension of the NFL extravaganza.

Still, there is no doubt a lot of overseas ‘fact-finding missions’ to be had around these things, and The New Daily‘s NRL columnist, former coach Matt Elliott wonders how long it will be before the NRL kids jump on the draft bandwagon.

Elliott has written that the time has come for rugby league administrators to bite the bullet and introduce a draft, saying it will build anticipation for the fans as they ponder their club’s playing list and prospects.

The AFL has achieved that, but it remains to be seen if the interest will last by the time we get to a draft where three players are chosen per day from the start of November until the end of January.

Rage against the fanzine

Fans have long raged about their club’s draft picks through fanzines and online forums, but National Hockey League team Philadelphia Flyers have taken the concept one step forward with the opening earlier this month of what it calls a ‘disassembly room’ at their home arena.

For about $50, the room inside the Wells Fargo Centre in Philadelphia provides a safe environment for fans to destroy items like beer glasses, guitars and TVs using their choice of  sporting equipment.

Bathurst winner readies for wheelbarrow racing in US

Bathurst 1000 winner Scott McLaughlin is hoping for a move back to the United States after impressing DJK Team Penske boss and American motorsport giant Roger Penske at Mount Panorama.

Having dominated the weekend’s racing, the Kiwi is hoping his long-mooted NASCAR move could still happen.

Penske said the 26-year-old had what it took to make it in the US market, saying: “He’s got a good future. You will see him in America, I am sure, in the near future”.

“He’s a guy who knows how to win, knows how to race fast and has great commercial savvy to us in today’s world as we deal with our partners.”

McLaughlin then interjected: ‘I will race a wheelbarrow if I need to’.’’

That may be so, but Penske hinted he would only look at relocating McLaughlin once he completed his Supercars contract.

“We have a job to do here. We are committed to our sponsors on a long-term basis so we have to look at that,” Penske said.

“Scotty has a great future with us. People ask, ‘What are we going to do next?’ At the right time we will figure that out.’’

The top of the mountain at the Bathurst 1000 has long been a picturesque spot for motorsport tourists to get a feeling for ‘real Australia’ and nothing has really changed despite the introduction of alcohol limits of one carton of beer a day.

Some of the more over-the-top bad behaviour has been rightly reined in in recent years, although as this destined-to-be-a-meme twitter video shows there’s still plenty of local wildlife to enjoy.

Like the winning Mustang GT of Scott McLaughlin, this bloke looked strong on Saturday before a stumble, then a big recovery.

– Diamonds coach Lisa Alexander, who leads her team for the 100th time against New Zealand on Wednesday.