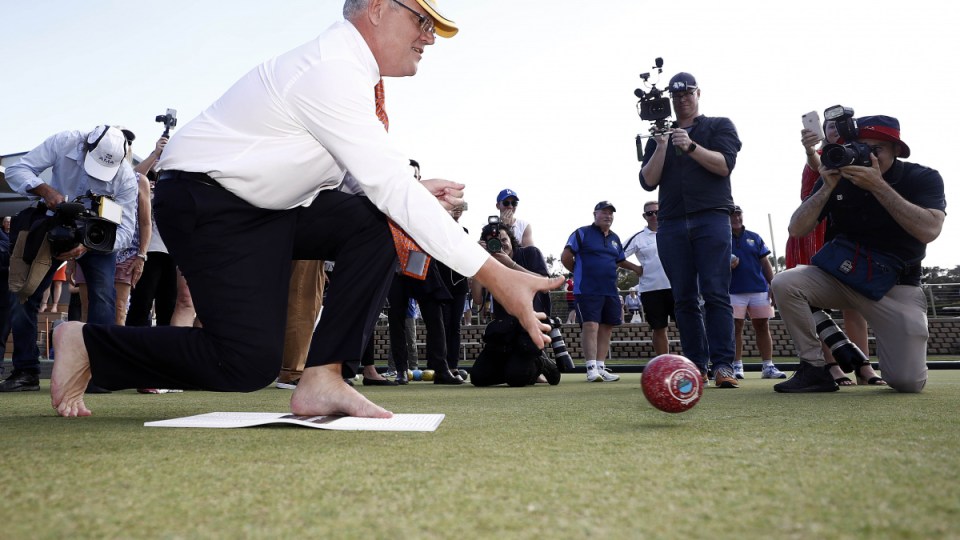 ‘Build it and they will come’ seems to be the politicians’ mantra as the federal election campaign has seen a cash splash for grassroots sport facilities and elite centres catering to women and people with disabilities.

But in the rush to make up for years of funding neglect for inclusive facilities there remains one question – who will staff, service and coach the Australians being encouraged to participate more in sport and, is it affordable to take part?

The director of La Trobe University’s centre for sport and social impact Matthew Nicholson says the recent multi-million dollar funding promises by the major parties show a pivot away from elite sport and into the grassroots – a move he claims is long overdue.

“Unfortunately this idea of getting more women in sport, more people from culturally and linguistically diverse backgrounds, getting more people involved with a disability, this requires high-level, highly skilled deliverers, coaches and people at the ground level,” Professor Nicholson says.

“The focus on facilities is all good and well, but if you don’t have an equivalent commitment to the sport ecosystem workforce then it is going to be meaningless.

It’s not simply enough to build the facilities, although nice new facilities – particularly in country Australia – is great and needed, but that doesn’t take away the fact that volunteers are overworked and burdened.

“The sport workforce absolutely needs attention. The people who are delivering sport and delivering the physical activity opportunities are the most important part of the sport participation ecosystem.”

Sport’s role in Australian life has been well documented and its ability to cut through to the grassroots – particularly women – has not gone unnoticed.

The focus on participation also mirrors the Sport 2030 move by the Australian Sports Commission to move away from a concentration on elite performance and Olympic success.

The first two weeks of the campaign saw Scott Morrison reinvent himself as a sporting jack of all trades, visiting clubs for picture opportunities with balls of all shapes and sizes.

The government has promised $385.4 million to fund sport in communities, schools and elite centres, such as the new Matildas training base in Melbourne.

Change rooms will also be upgraded to female-friendly standards at 124 venues – a key promise that may go some way to connecting and correcting with a key voting demographic that polling suggests has been tough on the LNP.

Labor’s similarly costed policies, progressively rolled out over the past two years, have also been targeted at the grassroots and big-ticket sports like netball and athletics.

Professor Nicholson says while the move to focus on participation will reap rewards in tackling the nation’s obesity crisis, the next phase must ensure that sport is affordable.

“People on low incomes are telling us that they cannot afford to put their children in sport then, yeah, I think more needs to be done in levelling the playing field in terms of access to sport and recreation in Australia.”

The federal sports minister is Victorian Nationals Senator Bridget McKenzie, who also has the portfolios of regional services, local government and decentralisation.

A keen shooter, the minister is the chair of Parliamentary Friends of shooting. She says shooters should not be treated as “pariahs”, and at the time of the One Nation scandal over seeking cash from the American NRA offered a passionate defence of sporting shooters.

Labor’s sports spokesman is South Australian powerbroker Senator Don Farrell who has spent much of the past year selling the ALP’s inclusive policies on womens’ sport via his social media channels.

The New Daily requested interviews, but both were unavailable as they campaigned in their states.

While sporting inclusion has finally become a mainstream issue, the issue of climate change’s negative effect on sport appears – as in the mainstream campaign – to have been brushed aside.

ALP policy includes specific reference to the issue and notes that extreme weather events, particularly heatwaves, will impact on sport in future. It vaguely states “Labor will lead development of responses to minimise these impacts.”

Professor Nicholson says the next wave in investment might well be on facilities that allow sport to continue in a world affected by climate change.

Although it is not a government strong point, there does need to be a nuanced approach to this because Australia is a big enough country have multiple climate zones and the sporting facilities in each of those will require different applications to climate change.”

For disabled athlete Kurt Fearnley the promises made in the election have also seen him honoured, with Athletics Australia planning to name a new high-performance athletics centre after him.

Labor has committed $10 million for the centre at Sydney Olympic Park and Fearnley believes the move to ensure better facilities and greater participation for athletes of all abilities is a positive move.

“You think about the story where we have come from in the disability movement and that is a performance centre that will house the future generation of Paralympians, but it will also build the future able-kid, my kid, may seek to take part in able-bodied sport to go to a disabled person’s centre,” he said on ABC’s The Drum.

However, Fearnley was not so sure about the facility bearing his name.

“I got the phone call about it from Athletics Australia and I said, ‘Please don’t’. The level of compliment I feel comfortable receiving is, ‘That bloke goes alright’.”

In the race for votes, you can bet that’s not the sort of humble recognition our politicians are seeking in their winner-takes-all battle for the hearts and minds of the sporting public.