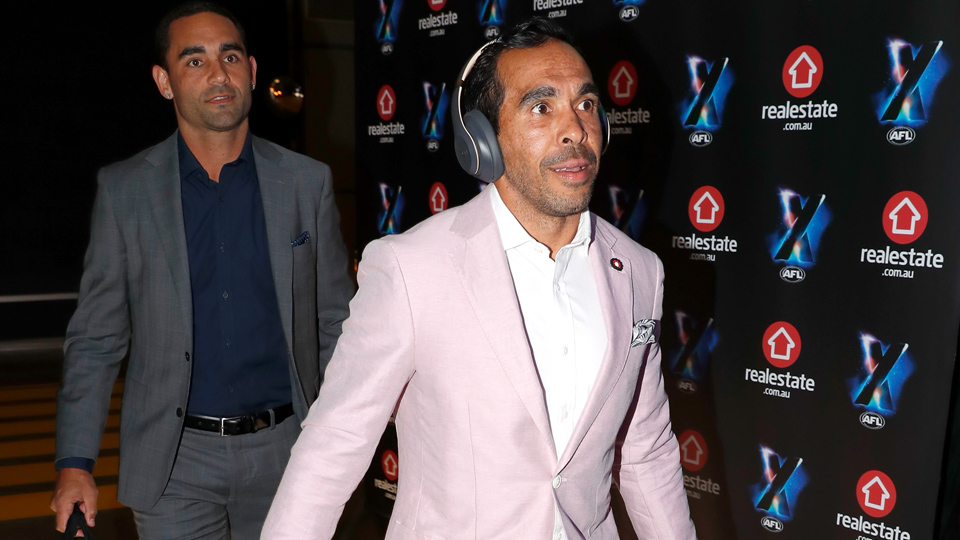 Even before the AFL had turned the page on its AFLX circus on Friday night, the virus of racism was injected into the sports bloodstream once more by a repugnant social media posting denigrating Adelaide Crows superstar Eddie Betts.

In a comment accompanying an official club Instagram post showing Betts arriving to play at the AFLX competition on Friday night, one user wrote “monkey see monkey do”.

Anonymous, virulent, disgusting and depressing as this gutless drivel is, it sadly reflects a growing confidence among that segment of our community that chooses ignorance and hatred as their stock in trade to climb out from under the rocks in which they lurk to be heard.

Thankfully the total support of his fellow players and fans alike was quick to condemn the hate monger.

Former Crows teammate Patrick Dangerfield condemned the post, calling it “disgusting, cowardly and racist”. Western Bulldogs captain Easton Wood was also quick to speak out, posting on Twitter that there was, “No place in the game or society for this disgusting rubbish”.

No place in the game or society for this disgusting rubbish https://t.co/E1zhM5NwwY

Wood, of course, is right. The players get it. Sadly, many of their fans still don’t.

Despite the hard work of Australia’s major sporting bodies to educate and transform entrenched attitudes on issues of race and culture, hate speech remains a toxin in the system of Australian sport.

Betts has been a target before. In 2016 he was subjected to racial abuse in a match against Port Adelaide.

The following season in the corresponding fixture, Betts and Port Adelaide ruckman Paddy Ryder were again the target of racial abuse from the Adelaide Oval crowd.

The ugly scars remain from Adam Goodes being booed out of the game in 2015, seemingly never to heal with the dual Brownlow Medal winner in self-imposed exile from the game.

And it’s not just AFL wrestling with this issue.

In the A-League, Brisbane Roar goalkeeper Jamie Young confronted a racist Western Sydney Wanderers fan during a game at Mudgee in November.

Listen to the moment Roar keeper Jamie Young responds to a racial slur from a fan. pic.twitter.com/cvHbGtDRbW

In January, three men attending a Big Bash League clash between Perth Scorchers and Sydney Sixers unfurled a banner with a notorious white supremacist trope emblazoned upon it.

The argument from some is that these are isolated incidents that don’t reflect the values of the wider community.

Yet here we are. And they keep happening over and over again.

The scourge of racism is always on the lookout for a willing host and it seems to be making inroads into our body politic.

Just like the debate surrounding vaccination, the danger is that if we fail to inoculate ourselves from the disease of intolerance the more susceptible we become.

A warning??! It was a $6000 fine for “disorderly or offensive conduct” at the same ground during the Test. If this doesn’t meet that criteria, then what does??? https://t.co/DovNr1TMVw

When our parliaments are accommodating bigoted dogma in the form of a burqa-wearing Senator and having to swallow a s–t sandwich of racist bile that plays footsie with Nazi genocidal fantasy, are we at all surprised that a bunch of boneheads then feel emboldened to unfurl their hate banner at a cricket match?

The collapse in bipartisan leadership on this issue, underpinned by a cynical scare campaign on refugees and asylum seekers in an attempt to prop up a terminal government, further emboldens those seeking to exploit fear and division.

And it’s not just happening here in Australia.

As Britain hurtles towards a no-deal Brexit, the old ghosts of race and sectarianism are once again rising to haunt the beleaguered nation.

And sport, as always, has been the flashpoint.

Scottish football has fought long and hard to rid itself of the sectarian scourge but it has once again burst into view.

Kilmarnock manager Steve Clarke was scathing in his condemnation of what he saw as a “return to the dark ages” after being subjected to a torrent of sectarian abuse from Rangers fans.

With the chaos surrounding the “backstop” on the Irish border becoming a flashpoint and heightening tensions on both sides of the divide, the dark forces of intolerance are taking their opportunity to reclaim lost ground.

Sport has become an ideal platform for the bigots to hide, to be heard and to be amplified.

The lack of moral courage from leaders off the field is allowing the cowards to show their hand and try their luck.

People who love and are involved in sport overwhelmingly understand its values of fellowship, unity, and diversity and how that enriches all of our lives.

But they can’t fight this battle alone.

The real battle must be won off the field and it has to be led by people with the same sort of courage as Eddie Betts, Adam Goodes, Steve Clarke and others have shown in staring down the haters.