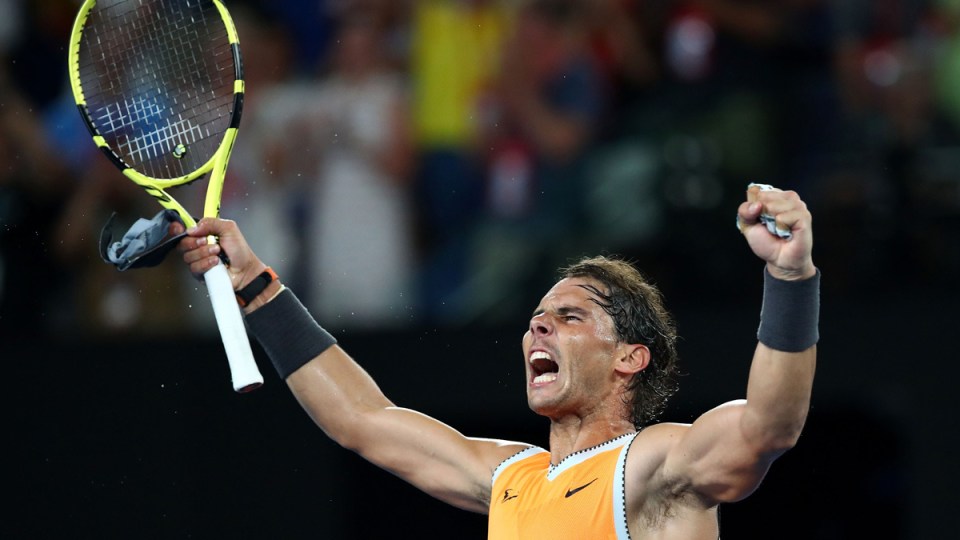 It’s all about the moment.

Getty Images chief sports photographer Cameron Spencer spends his days behind the camera watching and waiting for just that.

The celebrated photographer’s patience was rewarded in 2016 at the Rio Olympic Games when Spencer captured what many people regard as one of the iconic images of the Games, that of Usain Bolt in full flight.

Spencer has spent this summer on the boundary rope at the nation’s cricket grounds, on the tennis court at the Australian Open, and following the fleet in the Sydney to Hobart yacht race, looking for that perfect picture that encapsulates the sporting experience.

Spencer shared his thoughts on some of his favourite shots of the summer with The New Daily.

“Kohli is a magnetic character. You know that if you have a lens pointed at Virat, you are going to get something out of him.

“He’s called King Kohli for a reason. He’s the best cricketer out there.

“In this picture, he’s huddling with his teammates before they go out in one of the last sessions of the Test series they’re about to win, enjoying the moment.

‘When you can get in close like that, with a wide lens, it feels like you’re part of the action.”

“This was taken during her quarter-final at the Australian Open against Karolina Pliskova.

“Often an image on its day will sum up the emotion of that day. Serena had multiple match points and couldn’t take them. She was sitting down and regrouping.

“I was right there. With the court, that electric blue bouncing up and off the umbrella overhead it created that glow.

“Her face in that picture – you can see how focused she is in the moment and what it takes to try and go out and win that match.”

“As a sports photographer, you like to get something different to everyone else and I like to keep across new technologies as they evolve.

“I went out and got my remote pilot licence so I can fly and operate a drone.

“To get the drone up and above the boats to provide a new angle on surf boat racing was my goal. Mastering the use of light, angles and composition with the drone was a real challenge.”

There’s only one Timmy Cahill

“Tim is a total professional and on this night, the cameras had gone, the broadcast had finished and Tim did a lap of honour until after midnight to shake hands with all the fans.

“Just before we took this shot – there was a lady in a wheelchair sitting in the grandstand. He saw her up there and ran up the staircase to shake her hand.

“After that, he came back down on to the pitch and I said it would be great if we could take one more portrait, sitting on the ground, taking it all in.”

“The beauty of the Australian Open is that there are so many great locations to photograph from.

“I was up in the catwalk, up in the rafters. At certain times of night you can get these great sunsets, but that has got to balance with the light on court.

“There were two nights this tournament when there were unbelievable sunsets and the balance was just right.”

Top shots: Capturing the summer of sport in perfect pictures