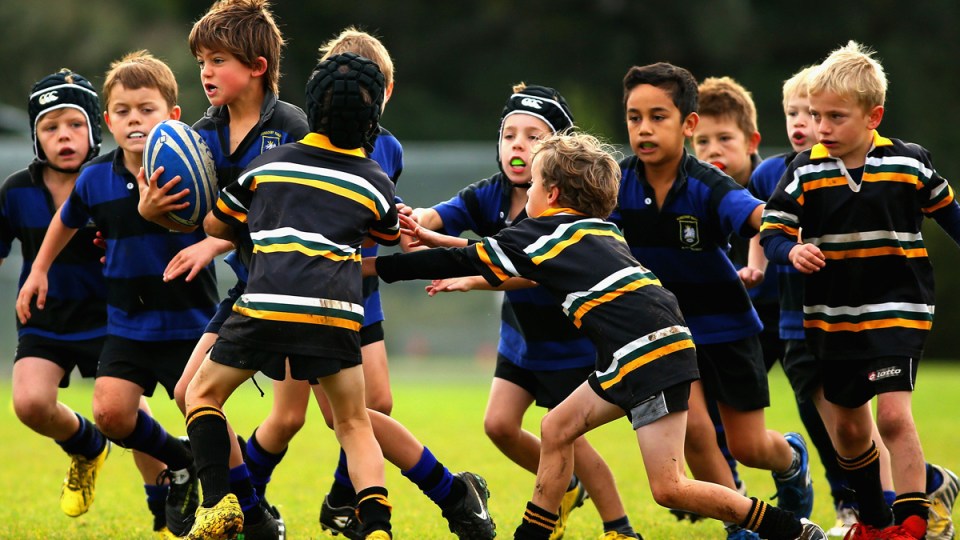 Game on? Maybe: Training can start, but no one is quite sure yet when community sport will resume. Photo: Getty

Let the kids play – that’s the message from Australia’s peak sporting body, Sport Australia, with the launch of a website designed to help parents, teachers and sporting clubs understand and deal with concussion.

The Concussion in Sport website is a comprehensive resource designed to provide information and advice on how to identify and deal with the incidence of concussion.

The New Daily spoke with one of the site’s architects, Australian Institute of Sport chief medical officer Dr David Hughes, who insisted there were greater risks to a child’s wellbeing than engaging in team and contact sports.

“I believe there is far more danger of harm to a child by not participating in sport,” Dr Hughes said.

“The greatest health challenge facing Australia is not concussion, it’s obesity and all the negative health consequences of inactivity.

“The majority of child concussions that would present to a paediatric emergency department are not related to sport. Concussion is something that occurs in everyday life for children.

“The evidence is absolutely clear of the physical, psychological and emotional benefits of participation in team sport.”

The concussion in sport website outlines some clear guidelines around dealing with a potential concussion:

In the US, concern about the long-term damage caused by concussion in American football has become a hot button issue.

The 2015 film Concussion, starring Will Smith, told the story of Dr Bennet Omalu, a forensic pathologist who battled the NFL, which attempted to suppress his research on chronic traumatic encephalopathy (CTE) brain degeneration suffered by professional football players.

Just last week, high-profile American sportscaster Bob Costas claimed he was dumped from NBC’s coverage of this year’s Super Bowl because of his outspoken commentary on the dangers of concussion and the prevalence of CTE in the sport.

In 2017, Costas told an audience at the University of Maryland: “The reality is that this game destroys people’s brains – not everyone’s but a substantial number. It’s not a small number, it’s a considerable number. It destroys their brains.”

Dr Hughes is concerned that coverage of concussion among high-profile professional athletes is distorting the true picture regarding concussion and frightening people unnecessarily.

“What we see in the media is a lot of attention on the less than 1 per cent of concussions that happen to occur in high-profile professional contact and collision sports athletes,” Dr Hughes said.

“The fear that is in the community is based on what we see on television.

“The overwhelming majority of kids that experience a childhood concussion will go on to live completely normal, happy, healthy lives.”

Sport Australia tackles concussion and insists we should play on