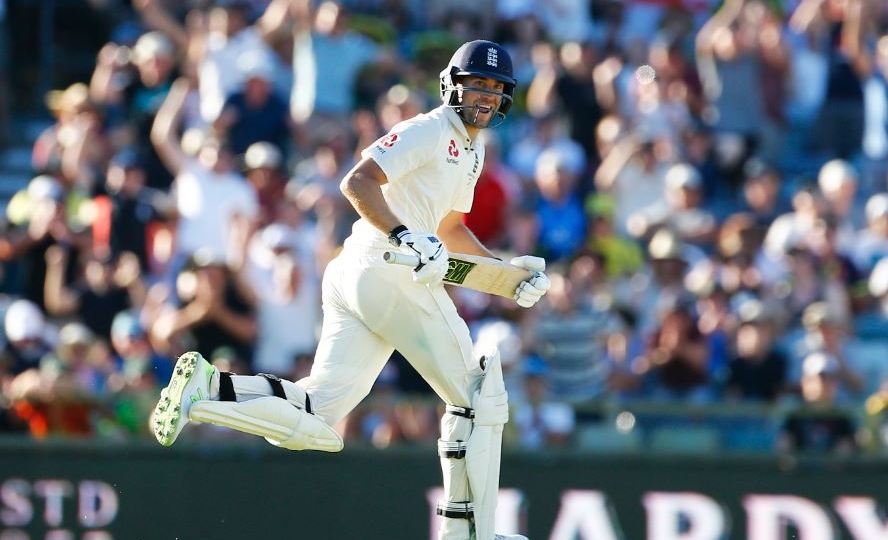 Mitch Marsh’s return to Test cricket didn’t quite go according to plan, with no wickets from seven overs and a dropped catch – but he had plenty of company in the frustration stakes as Australia battled an England team that rediscovered an impressive talent with the bat.

The game was in the balance at tea, but by stumps England has surged ahead, heading to the pavilion at 4-305 thanks to a terrific partnership between Dawid Malan and Jonny Bairstow.

Malan produced England’s first Test ton in Australia since 2013, reaching three figures late on day one of the WACA clash – but only after a couple of close calls that added to a galling list of missed opportunities for Australia.

The left-hander was dropped on 92 by Cameron Bancroft at third slip, while David Warner missed a chance to run him out on 32.

Otherwise, it was exactly the sort of innings coach Trevor Bayliss would have dreamed of as his side fought back at the WACA after losing the first two Tests.
Malan kept the scoreboard ticking over and wasn’t afraid to play his shots.

An exquisite cover drive off Josh Hazlewood was the highlight of his impressive 16 boundaries.

Australia failed to take a wicket after tea, having thrown everything at England in the day’s middle session. The tourists cashed in as the shadows grew longer.

Malan fought bravely through a tricky early spell and then opened up with some graceful strokeplay. Bairstow’s support has been better than solid, while Mark Stoneman got England off to a good start this morning.

As for Australia’s quicks, they bowled some serious heat but looked burnt out by day’s end. Having taken only four wickets, day two looms as another test of endurance under the Perth sun.

Marsh was looking for a hole to hide in after dropping Mark Stoneman at first slip when the opener was on 52.

“It looks like an absolute soda,” he said of the flubbed catch, “… it should have been caught.”

Luckily for Marsh and Australia, Stoneman made only four more runs before being controversially given out caught behind via the DRS system.

Marsh, who underwent a shoulder reconstruction earlier this year, came in handy when giving pace trio Mitchell Starc, Pat Cummins and Josh Hazlewood a rest after being handed the ball in the 50th over.

Hazlewood in particular had been sending down serious heat, striking Stoneman, striking on the head and having a rising ball skewed just short of a diving fielder in successive deliveries.

It was this sheer pace from both ends that eventually brought about the cheap wicket of Root, who got a feint glove down the leg side from a Cummins delivery.

While Marsh failed to claim a scalp, his ability to reach speeds approaching 140km/h troubled England’s batsmen and confirmed that he is in fighting form.

His best delivery was a yorker that would have crashed Jonny Bairstow’s stumps, if not for a late inside edge.

Australia’s shouts for caught behind were initially turned down by umpire Marais Erasmus after wicketkeeper Tim Paine pulled off a brilliant one-handed grab.

Australia were confident the Mitchell Starc delivery had glanced Stoneman’s glove, and captain Steve Smith decided to use one of his team’s reviews.

But despite inconclusive replays and nothing notable showing up on Hot Spot, third umpire Aleem Dar reversed the decision.

Snicko displayed a faint sound as the ball passed Stoneman’s front glove. Given the space between visual frames, the sound might have come a fraction after passing the front glove.

Stoneman’s back glove was off the bat, meaning if it had struck that, it couldn’t have been given out. When Dar reversed the decision, Stoneman started to trudge off.

But confusion reigned as Root and assistant coach Paul Collingwood came out of the change room door, seemingly urging Stoneman to stay on the field in the hope the DRS decision would be reversed.

Stoneman hesitated for several seconds, wondering what to do, before eventually making his way off.

“The England team feel aggrieved, you can see that from the dressing room,” former England captain Michael Vaughan said on the Nine Network commentary.

The Ashes: Australia endures a day of frustration as England rediscovers the art of the bat