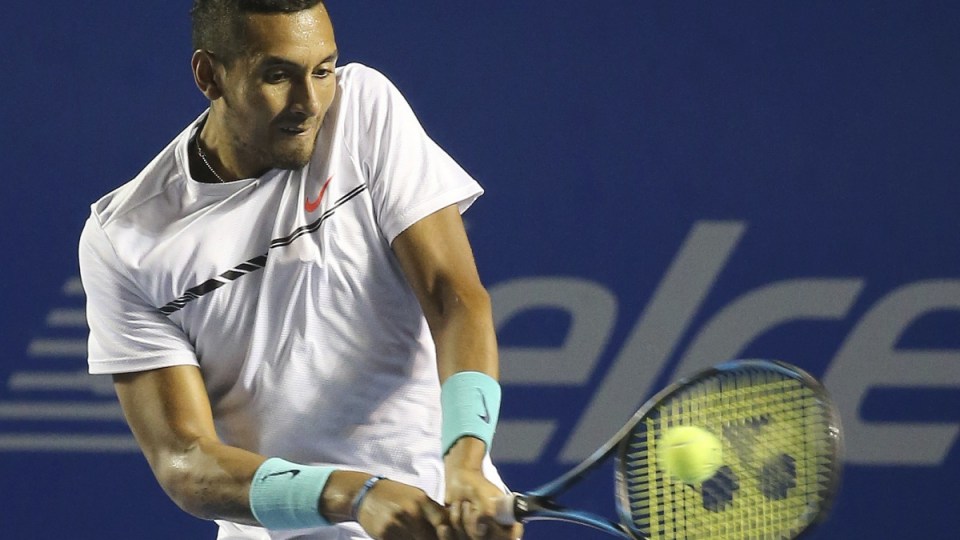 Chasing a berth in the final against Rafael Nadal, the Australian started his semi-final strongly, winning the first set before calling for treatment on his elbow at the end of the second set,

The Australia declined to make a play at Querrey’s cross-court forehand on match point, leaving the ball only to see it drop in.

Querrey became the first American finalist in the 24-year history of the tournament.

The second-seeded Nadal, playing his first tournament since losing to Roger Federer in the Australian Open final, last won a hardcourt title in January 2014 in Doha.

Meanwhile Ashleigh Barty’s astonishing comeback to tennis has hit new heights after she stormed into the final of the Malaysian Open in Kuala Lumpur.

Barty, who had to endure qualifying just to make the main draw eased past Chinese player Xinyun Han 6-3 7-5 to make her first singles final on tour.

The 20-year-old Australian, who came back to tennis in the Australian summer after taking a hiatus to play cricket, will now play either Japan’s Nao Hibeno or Polish player Magda Linette in the final, where a win could lift her into the world’s top 100.