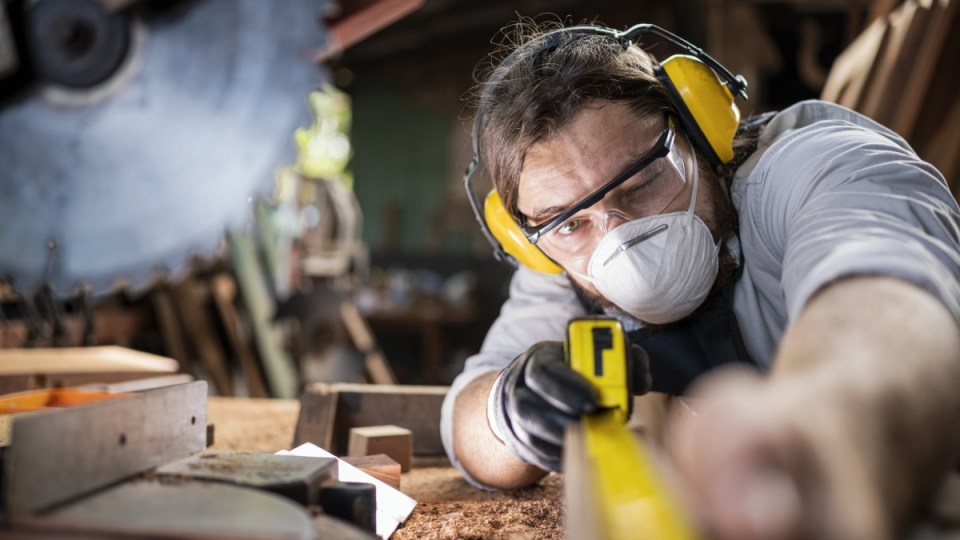 A Safe Work Australia study found 96 per cent of Australia’s construction workers had been exposed to at least one carcinogen. Photo: Getty

Construction workers are well aware of the obvious risks they face at the workplace from common dangers such as asbestos and silica dust.

But lesser-known toxins can be silent killers on construction sites.

These hazards are all linked to lung disease and they pose a real health threat to tradies.

In most cases respiratory illnesses caused by these substances are irreversible and in some cases, fatal.

A study by Safe Work Australia found an estimated 96 per cent of Australia’s construction workers had been exposed to at least one carcinogen, while 53 per cent were estimated to have probable exposures to at least four carcinogens.

In addition to well-known hazards such as UV radiation, tobacco smoke and crystalline silica, the most common carcinogens were diesel engine exhaust, wood dust, nickel and lead.

Occupational health experts at Breathe Freely Australia are working with the construction industry to control exposures to toxins and prevent occupational lung disease.

For some tradies, it can’t come soon enough.

The initial symptoms are often not noticeable, emerging years after first exposure, and when symptoms do appear, some workers aren’t seeking medical help.

Others may think they are safe because they are only exposed to low levels of harmful substances, but Breathe Freely Australia advises any exposure, even at the minutest levels, can lead to debilitating or chronic diseases.

Some substances only pose a health risk if exposure to them happens over a long time, while others cause illness immediately.

A number of approaches can help protect workers, beginning with a risk evaluation and control techniques such as respiratory protective equipment (RPE) and improved, regular exhaust ventilation.

Spain and Portugal see major leaps in monkeypox infections
Peter Dutton touted as next Liberal leader as he claimed victory in Dickson
Volodymyr Zelensky: How war will end as Ukraine ‘breaks backbone’ of Russian army
Jim Chalmers decries Coalition waste as Labor hits the hustings amid downpours in Queensland
Anthony Albanese, Scott Morrison cast their votes in Sydney
Australian aces at French Open out to show there’s life after Ash Barty
So many jobs, so few applications. Here’s how to take advantage of the great job boom
Today's Stories

How these hidden toxins cause serious lung problems on worksites