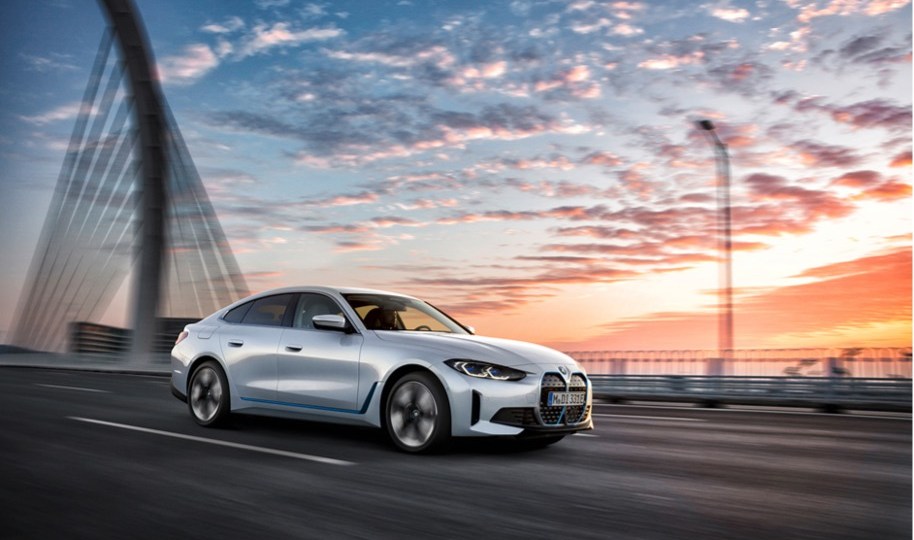 BMW will launch its all-new, fully electric i4 to the Australian market next month. This sporty four-door Gran Coupé follows introduction of the all-new BMW iX3 and iX in 2021.

You may have heard a lot about electric vehicles since they came on to the Australian market in 2008.

As with all products that disrupt a traditional market, there are a lot of misunderstandings about electric vehicles.

Here, we dispel the top three myths so you can be more informed when it comes to considering your next automotive purchase.

When it comes to electric vehicles, we know that consumers are concerned about travelling long distances – in the industry, this is commonly referred to as ‘range anxiety’.

Thankfully, charging your electric vehicle is becoming much easier to do on the road with more than 3000 public chargers and rising.

This doesn’t include chargers located at private businesses such as shopping centres, which are also increasingly popular.

Those who are still concerned they will run out of ‘charge’ while driving will be relieved to know an average electric vehicle battery lasts for more than a week, based on typical driving distances.

The average combustion vehicle has a range of about 400 kilometres to 600 kilometres on a full tank of petrol.

When compared with the latest models from BMW’s i line-up, the BMW iX (up to 620 kilometres), BMW iX3 (up to 460 kilometres) and the BMW i4 (up to 590 kilometres), it’s clear that these new models have range limits that measure up favourably.

As a leader in the space, BMW Group is leading the charge in sustainability and electrified vehicle adoption, with the aim that consumers will have range confidence.

Furthermore, as a member of the Electric Vehicle Council, BMW Group is working closely with industry bodies to help accelerate the electrification of road transport in Australia.

A partnership with Chargefox, Australia’s largest electric vehicle charging network, is supporting further growth for the alternative ‘powertrain’ locally in alignment with BMW’s plans to offer up to 25 electrified models to consumers in the next two years.

Another common misconception of owning an electric vehicle is their running costs, which might surprise you.

The upfront costs may also not be as high as you think.

As new offerings come onto the Australian market, such as BMW’s new iX, iX3 and upcoming i4 model, the cost of buying an electric car is gradually decreasing.

BMW plans to have 25 electrified models in its product range by the end of 2023, with 12 of these models offering a fully electric powertrain.

Over the next decade or so, the company also plans to release a total of about 10 million fully electric vehicles onto the roads, which will likely push prices down further for consumers.

Furthermore, as the innovation and technology of electric vehicles improves, they will naturally become more affordable, while helping the general public to accelerate towards zero emissions.

Performance to impress even the most sceptical

However, until you try an electric vehicle you won’t know the difference – apart from the lack of sound.

BMW believes drivers should have the choice between different drive technologies – combustion engine, plug-in hybrid or fully electric – without having to compromise on performance or design.

With last year’s introduction of the fully electric iX3 and X3 xDrive30e plug-in hybrid model, BMW’s X3 line-up became the first in the segment to offer such a broad spectrum of powertrains.

There is no reason why one should be compromised for the other in delivering an exceptional driving experience, and this certainly carries through to the experience of driving an electric vehicle.

Electric vehicles often have batteries positioned at the bottom of the vehicle, which lowers their centre of gravity and results in better handling and cornering.

To learn more about the BMW Group and its approach to a sustainable future, visit BMW Australia’s website today.

The top three myths of owning an electric vehicle