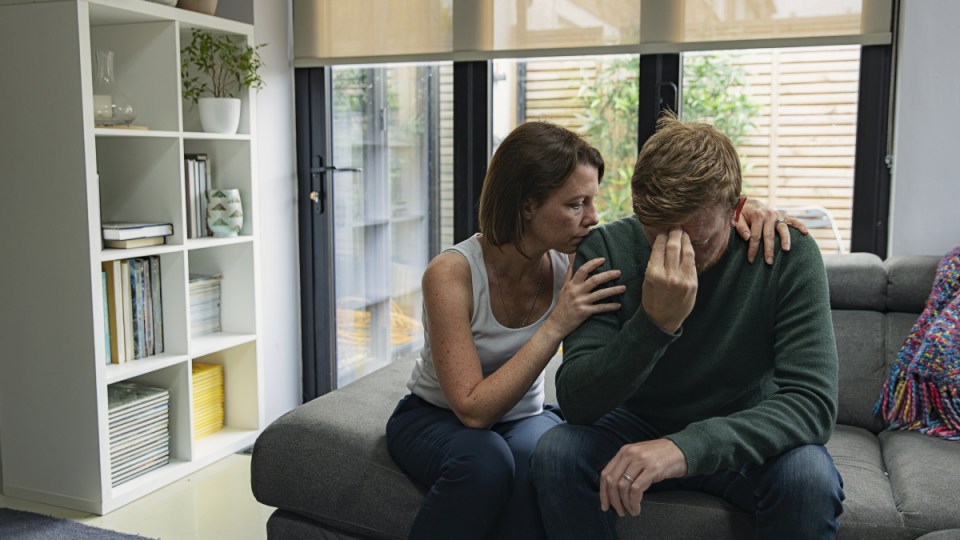 Depression and anxiety often emerge after a diagnosis of silicosis. Photo: Getty

In addition to the impacts on their lungs, people living with silicosis and other forms of dust disease are at risk of psychological conditions such as depression and anxiety.

Research shows a clear link between lung diseases brought on by inhaling dust particles like silica and mental illness.

It’s no surprise when you factor in the upheavals and anguish that comes with a diagnosis of silicosis or asbestosis, said Aneka Srinivasan, project lead of Mental Health Foundation of Australia.

“The development of psychological issues is quite commonly seen and if we consider dust diseases, which can affect lung function, someone diagnosed with silicosis might have to stay at home more because of their condition, completely stop work or stop doing what they love,” she said.

“They may experience shortness of breath, have difficulty sleeping, feelings of frustration and worry about their future.

“Anxiety, particularly about the future, and avoiding places where they might fear the onset of a panic attack because of hyperventilation and shortness of breath is seen quite commonly in people with lung conditions.

“That’s also very common in the presentation of anxiety disorders, so there’s that physiological link as well.”

Silicosis is preventable, but sadly there is no cure and it can be terminal.

Research shows psychological conditions emerge after the initial diagnosis, which presents a problem for people trying to pursue compensation, particularly the time when they are required to pursue claims for damages.

The difficulties are often two-fold.

First, the very nature of anxiety and depression often means that these conditions are hard to treat because they are intimately connected to the diagnosis of a dust disease, which is irreversible and largely untreatable.

Second, in many states in Australia, different time limits apply to when a worker is required to bring a damages claim for their dust disease and their psychological injury.

For example, up until recently in Queensland, silicosis sufferers had a three-year limit within which they were required to pursue a claim for their psychological injury, whereas the silicosis claim did not have any time limit.

Accordingly, the secondary psychological injury was forcing claimants to pursue a damages claim when they did not know the full nature and extent of their silicosis.

However a recent Supreme Court decision in Queensland recognised the inextricable link between the two, clearing the way for claimants to be able to claim damages for both their silicosis and psychological claim at the time of their choosing.

While it’s a win for the hundreds of Queenslanders living with silicosis, the challenge will now be for other states and territories to adopt similar positions through changes to regulations governing these claims.

Statistics from the National Dust Disease Taskforce final report show most of the cases were diagnosed in the past three years.

The majority are linked to inhaling dust while cutting and polishing engineered stone.

A surge in demand for stone benchtops in Australian homes, offices and shops since the early 2000s has seen silicosis case numbers rise. What’s more, the numbers are likely to push up even further.

However, new evidence is also emerging of the high numbers of workers in non-stonemasonry industries, like tunnelling, quarrying and manufacturing, who have developed silicosis and other forms of silica disease.

Silicosis can take years to develop after the initial exposure time, which means workers only find out they have the disease long after breathing in silica dust.

If you have been diagnosed with an autoimmune condition in connection with silicosis, you may be entitled to financial compensation.

Labor victory fires up Tamil family’s hopes of return to their Biloela home
Perth residents urged to play it safe as massive storm rolls across region
Joe Biden says he’s not fussed by North Korea’s rumoured return to nuclear tests
ACTU hails Labor’s triumph as the first step to pay raises
Analyst: Sharemarket will be anxious about a Labor pact with Greens
French foreign minister hails defeat of Morrison and his ‘notorious incompetence’
How to prepare for promotion interviews
Today's Stories

Depression and anxiety among psychological injuries for people with silicosis