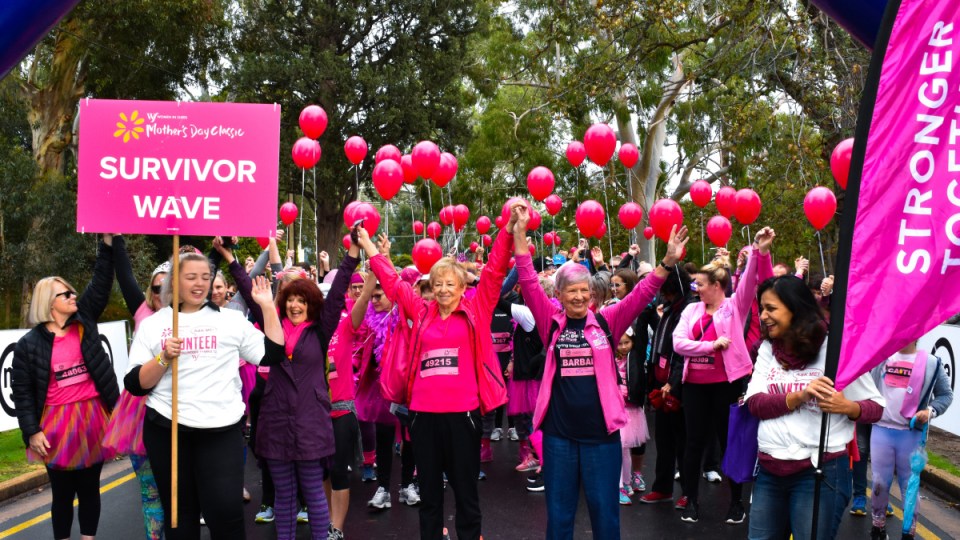 Cancer is going undiagnosed on a big scale,in Australia, with COVID-19 contributing to the problem. Photo: Mother's Day Classic

At the beginning of March, Cancer Council Victoria calculated that about 2500 cancers had gone undiagnosed in Victoria.

This had occurred over six and a half months during the COVID-19 lockdowns last year.

The simple reason being is that people, scared of catching the coronavirus, weren’t going to the doctor.

This problem was nationwide.

But it appeared to be especially acute in Victoria because of the severe lockdown that began in July to suppress the ‘second wave’.

Still, the longer-term consequences in Victoria were no doubt being mirrored across the country.

Back in May, Sanchia Aranda, CEO of the national Cancer Council, told the ABC that as many as one in 10 people may have put off cancer screening during the pandemic.

“If it is one in 10 people who delayed [tests] by up to six months, that’s about 7000 cancers that would be diagnosed potentially later,” she said.

These were predictions made about five months into the pandemic.

The Cancer Council Victoria data, published in the Medical Journal of Australia (MJA), tells the story from the other end.

According to a prepared statement from Cancer Council Victoria:
Modelling estimates concluded that 2530 cancer diagnoses were missed between April 1, 2020 and October 15, based on the registry receiving 5446 (10 per cent) fewer pathology notifications than expected over the period.

“The impact of this number of potentially missed diagnoses is unknown, but any delays would have the greatest impact on patients later diagnosed with more aggressive cancers, with experts concerned of a future ‘cancer spike’,” according to the council’s statement said.

This was scary. As the council explained it: Any delay in cancer diagnosis for Victorians “could mean their cancer is detected at a later stage, meaning potentially fewer treatment options and worse outcomes”.

The Cancer Council Victoria report was picked up by the media, but not to the extent that it should have been.

COVID-19 news, vaccination news and the political circus make the big headlines, and create all the noise.

Meanwhile, this story of cancer gone undiagnosed on a big scale, in Australia, is actually bigger than COVID-19 as far as potential lives lost.

Cancer Council Victoria CEO Todd Harper urged Victorians to “get checked if they notice any changes or have symptoms”, as well as taking part in cancer screening.

Speaking in a prepared statement he said: “We know that the COVID-19 pandemic has resulted in up to a 30 per cent decline in certain cancer diagnostic procedures and an 18 per cent decline in cancer treatments in Australia between January and June 2020, compared to the same period in 2019.

“As we emerge into a state of ‘COVID-normal’ it is imperative for us all to encourage and support each other to prioritise our health,” Mr Harper urged.

“If you have been invited to participate in a cancer screening program, please do not delay.”

Good advice. Which brings us to breast cancer.

According to a report from the Australian Institute of Health and Welfare, because of COVID-19 BreastScreen services were temporarily suspended from March 25, 2020.

A month later, breast screening “resumed in a staged approach with longer appointments and precautionary measures to ensure the safety of women and staff.”

Here is what happened:

More than 70,000 screening mammograms were conducted in March 2020, but this had fallen to just over 1100 in April, according to the AIHW.

By comparison, in April 2018, more than 74,000 screening mammograms were carried out. (The AIHW explained that 2018 is chosen as the comparison year instead of 2019, as BreastScreen Australia is a biennial program).

Following an easing of restrictions, the number of screening mammograms increased through May and June, “and in July 2020 numbered around 3000 more than in July 2018”.

What this actually means, when you pull the numbers apart, is the rate of catch-up for screening is on the slow side.

Most of those women who weren’t screened from January to June 2020 still haven’t been screened.

People are returning to see their doctor, yes, but there’s a kind of inertia that naturally goes with letting things slide.

As in all stories about numbers, there’s a bottom line: If you were (or are) due to be screened, get screened.

Last year the National Breast Cancer Foundation (NBCF) announced its ambitious 10-year countdown to Zero Deaths from breast cancer by 2030. This year alone, it’s estimated that 20,000 Australians will be diagnosed with breast cancer.

Without adequate research funding, almost 30,000 lives could be lost to breast cancer by 2030.

The New Daily is a media partner of the Women in Super Mother’s Day Classic, Australia’s most inspirational cause driven event. In 2021, the Mother’s Day Classic is going local! On Sunday, May 9, participants will be getting active for breast cancer research in their own way or at one of many smaller, community driven local locations across Australia. Local location bookings are now open at more than 70+ locations nationwide. Find your nearest location here. Be quick and book your spot. Funds raised will be donated to the National Breast Cancer Foundation to help fund life-saving breast cancer research projects. Registrations are open here.

COVID-19 and cancer by the numbers