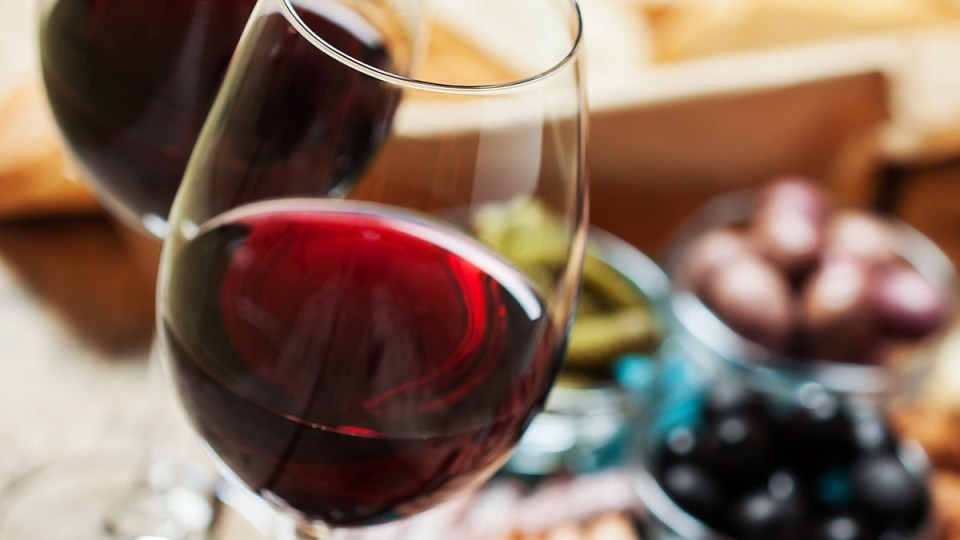 We explore one of the most beloved ­– and collectible – wine varietals in the world through a local lens, with a closer look at Australian Pinot Noir.

Ahhh Pinot Noir … the red wine with something to offer everyone!

Often referred to as the world’s most seductive varietal, the lighter-bodied style, perfumed aroma, textural nuance, and supple tannin profile of Pinot Noir has made it one of Australia’s most successful wine varieties.

It has been grown in France’s Burgundy region for centuries, where it developed its legendary reputation – indeed, certain Burgundian Pinot Noirs are among the most expensive wines in the world.

It is a challenging grape to grow, and is believed to have first come to Australia via a clone transported on the First Fleet in 1788.

Part of the Busby Collection of vines established in the Hunter Valley in the early 1800s, it took some time to establish the ideal viticultural conditions for it to thrive in our soils, with early plantings in warmer climates like Coonawarra proving unsuccessful – Pinot Noir is temperamental and sensitive to a whole range of influences in both vineyard and winery.

The grape thrived however in cooler climes, and today such regions as the Yarra Valley, Tasmania and the Adelaide Hills have become particularly celebrated for their Pinot Noir.

Victoria’s Mornington Peninsula and Western Australia’s Great Southern region have also rapidly gained recognition for their ability to turn out quality Pinot, and the varietal’s popularity has continued to rise in Australia as consumers look for alternative to fuller-bodied reds like Shiraz and Cabernet Sauvignon.

AUSTRALIAN PINOT NOIR AT A GLANCE

WHAT TO LOOK FOR WHEN TASTING PINOT NOIR

The best Pinot Noir has a slightly ethereal quality, and should always show hints of the region it was grown in.

Characters of bright red fruits like cherry, raspberry and strawberry are common, and tannins are typically fine and soft, expanding at the back of the palate in what is referred to as a ‘peacock’s tail’ finish. 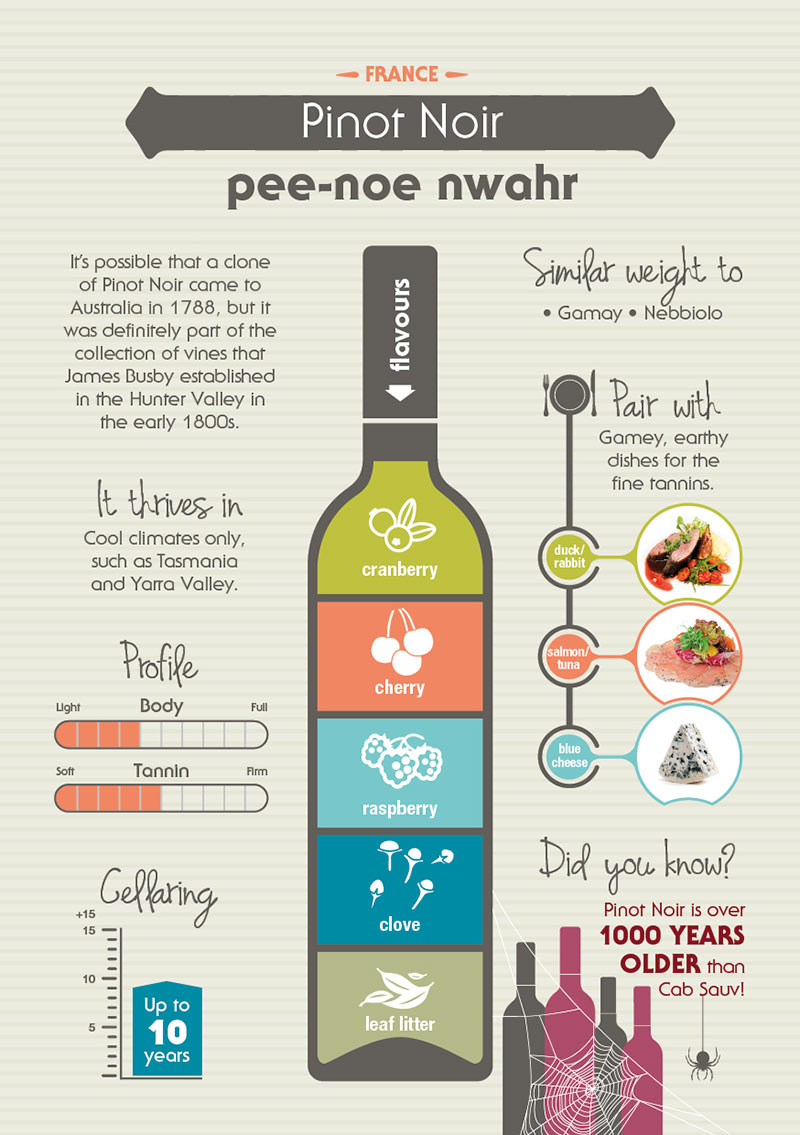 With Pinot Noir, it’s all about delicacy and length, harmony and finesse – even among the more fuller-bodied expressions of the variety.

No wonder then that it’s also one of the classic grapes behind Champagne, and is prized for its role in the production of some of Australia’s finest Sparkling wines.

So, if you’re looking to lighten things up a bit with your red wine selection, it’s hard to pass up Australian Pinot Noir. You might just develop a passion for it …

The pursuit of Pinot Noir perfection

Everything you need to know about Pinot Noir