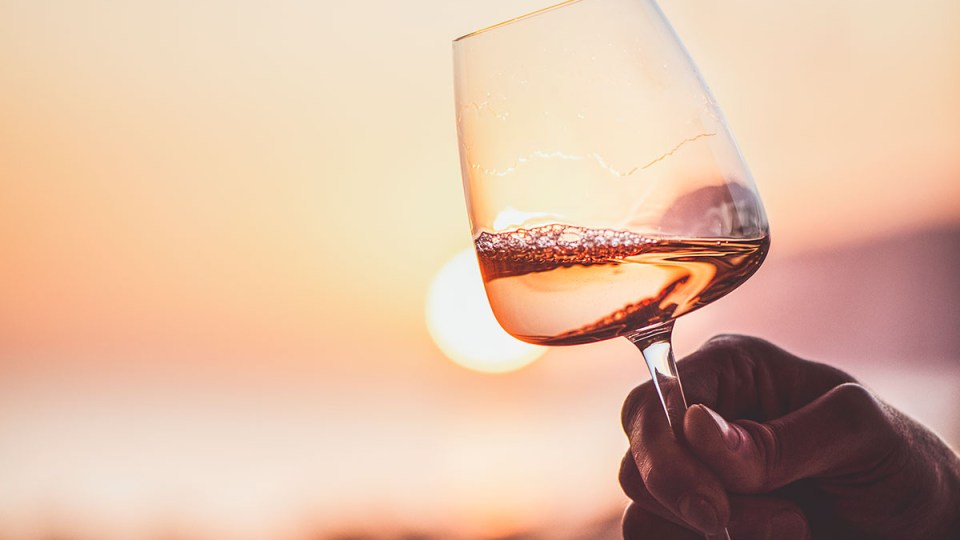 Australians have fallen in love with the mouth-watering characters of French-style Rosé in a big way. Photo: Wine Selectors

Versatile, refreshing, and utterly delicious, Rosé has captured the hearts of Australian wine lovers for its stylish appeal and seductive character.

But how is it made, and what makes it so magical? Let’s find out!

A style of wine rather than a variety, Rosé has come a long way since those sickly sweet wines of yesteryear.

Today, in its modern incarnation, it has emerged as an anytime, food-friendly tipple that wine lovers just can’t get enough of – particularly on those glorious summer afternoons.

In the ancient world, wine was made by crushing red and white wines together.

Even when the colours were eventually separated, the harsh tannins in the reds saw many still preferring lighter-coloured wines – the first form of Rosé!

Fast forward to 19th century southern France, and Rosé was seen as a casual drink to quench the thirst – any tourist with half a fashion sense would sip it after a day chilling out on the beach.

Unfortunately, in the mid-20th century, Mateus was created. This Portuguese style gave Rosé a reputation for being sickly sweet and aficionados soon began to turn their noses up at the once-beloved style.

Thankfully, the winemakers of today have refined Rosé and returned it to glory.

In Australia, it’s made from many different grapes –some of the most common being Shiraz, Pinot Noir and Grenache – in a mouth-wateringly dry style that matches beautifully with any number of dishes or cuisines.

HOW IS ROSÉ MADE? 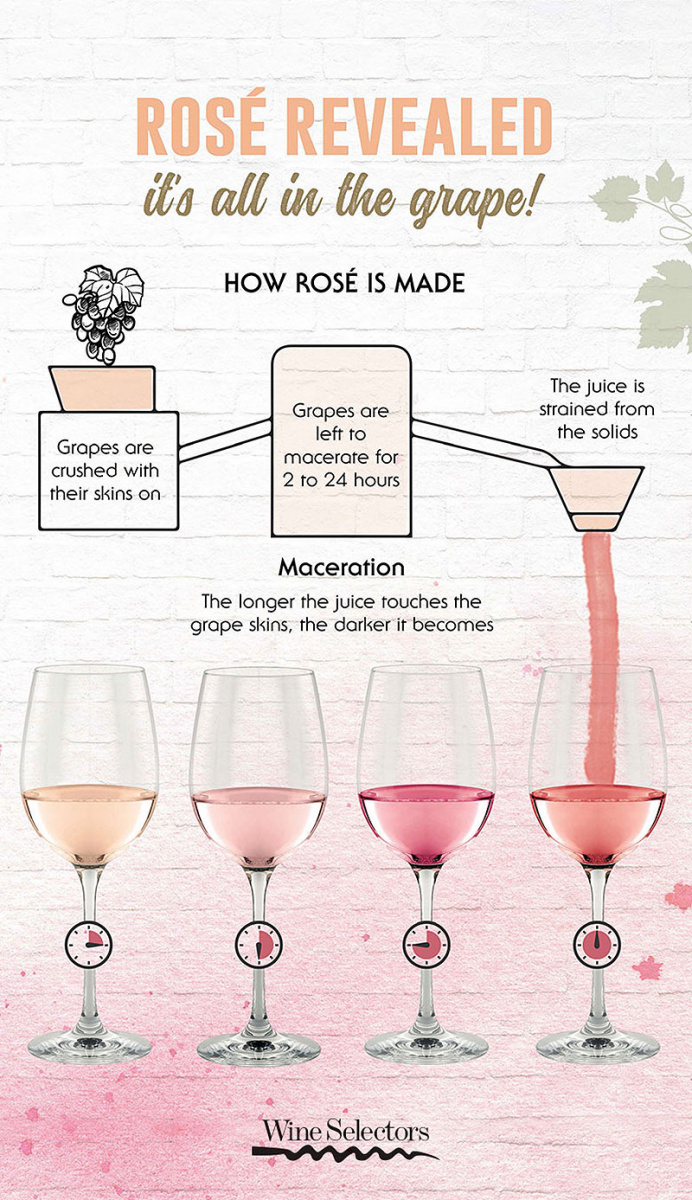 A TASTE OF ROSÉ

Given how many different varieties can be used to make Rosé, no two wines taste the same.

However, they’re usually made in the same way, with the biggest differences being variety, where it comes from, residual sugar and alcohol level.

When a Rosé is made from Pinot Noir, the typical characters are plums, spice and a variety of savoury fruits.

Sangiovese Rosé is typified by savoury fruits, while Cabernet Rosé is bright with berry flavours, sometimes with notes of leaf and herbs.

When it’s a Grenache Rosé expect a wine full of raspberry, cranberry and spice.

Rosé is a sublime match for a wide variety of dishes.

For the drier styles, we suggest salads, charcuterie plates and antipasto.

For off-dry styles, add a bit of kick and go for spicy or fruit-based dishes. Whatever you choose, it will all come up Rosé!

What's the difference between Champagne, Sparkling and Prosecco?

Everything you need to know about Rosé!