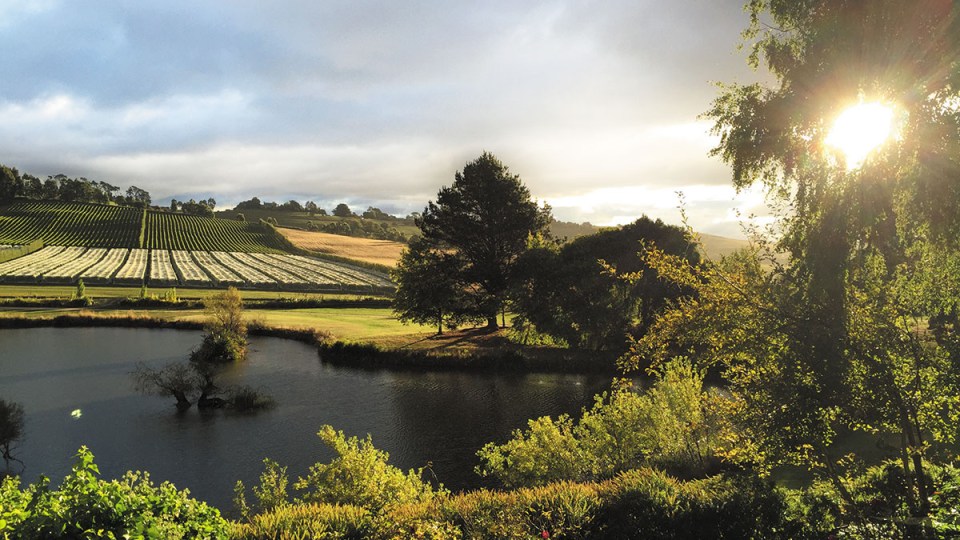 Australia’s cooler and more temperate regions are ideal for growing the grape varieties traditionally used for Sparkling wine – Chardonnay, Pinot Noir and Pinot Meunier – and have been responsible for the rising status of Australian Sparkling in the eyes of the world’s wine lovers.

From the southern reaches of Tasmania to the cool climes of NSW and the Orange region, the pristine natural conditions offered by these and other sites result in distinctive Sparkling wines that have won over judges all around the world.

Here in no particular order are our picks for six of the best spots for the production of high-quality Australian Sparkling wine!

The Yarra Valley – the birthplace of Victorian wine – is renowned for the quality of its Chardonnay and Pinot grapes. Thanks to its cool climate, its huge diversity of growing sites and aspects, and its altitude, it’s no wonder that the region’s fruits are destined to end up in some of the best Sparkling in Australia.

The untamed, mountainous regions of the Pyrenees range, a couple of hours’ drive northwest of Melbourne, has seen its reputation for the production of premium Sparkling wine soar of late.

With altitudes of up to 800m and a diverse range of micro-climates, a number of grape varieties thrive here, Chardonnay being one of them – a central ingredient in the first-class Sparkling wines the region excels in.

The Adelaide Hills region is one of the coolest and most elevated in Australia, similar to Tasmania or Northern Victoria. In fact, ripening conditions at Piccadilly – one of the Hills’ sub-regions – are quite similar to those of Champagne, making the Adelaide Hills ideally suited to growing Chardonnay and Pinot Noir for the production of quality Sparkling.

The birthplace of Australian Prosecco, King Valley’s elevation and cool climate – particularly in its southern part – is perfect for the production of this popular Italian style, as well as for growing the grapes used in other Sparkling wines. Dal Zotto planted their first Glera vines in 1999 (Glera is the grape variety used in Prosecco), and the rest is history.

Surrounded by Bass Strait, Port Phillip Bay and Western Port Bay, the Mornington Peninsula is one of Australia’s true maritime wine regions. This region produces some of the country’s best examples of Chardonnay and Pinot Noir – quality that is the key component in the Peninsula’s premium Sparkling wines.

Saving the best for last, we come to Tasmania, regarded by many as the home of the finest Australian Sparkling wines – to the point where Tassie Sparkling has won out over offerings from Champagne at prestigious wine award shows.

Already famed for its Chardonnay and Pinot Noir, the cool, pristine environments of Tasmanian regions like Coal River, Pipers River, Tamar Valley and Huon – not to mention East Coast and Derwent Valley – make for ideal conditions for the production of incredible Sparkling wines.

Without question, when it comes to Sparkling our land indeed abounds in nature’s gifts. Now, where did we put our flutes…