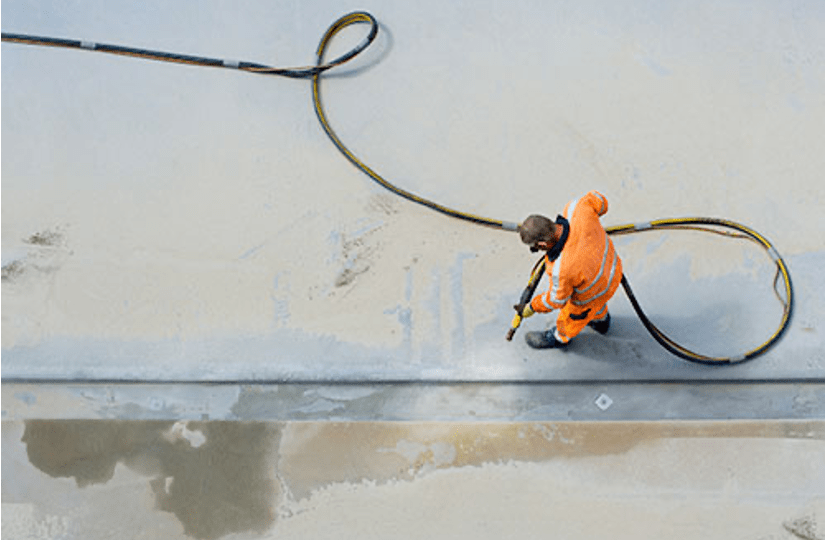 Silicosis is a preventable disease but there’s been a dramatic spike in cases, with a particular outbreak among young stonemasons in their 20s and 30s.

Silicosis is a debilitating lung disease – incurable, often progressive and in many cases fatal – caused by breathing in silica dust.

In the end stages of the disease, you’re unable to breathe and you literally suffocate.

It’s a preventable disease but there has been a dramatic spike in cases, with a particular outbreak among young stonemasons in their 20s and 30s.

What is silica?
Crystalline silica particles can be found in almost all types of rock, clay, sand and natural stones such as marble and granite, and repeated exposure to silica dust leaves workers vulnerable and at high risk to silicosis.

Traditionally, this deadly disease has been associated with quarrying, mining and sand blasting.

Improved work and safety practices had reduced the incidence, however a new threat has emerged.

“Engineered stone”, made from reconstituted silica and synthetic resins, has become part of a flourishing industry, as it is increasingly used for bench tops and splashbacks in kitchens and bathrooms.

The artificial stone contains a high percentage of crystalline silica and stonemasons, often young, working on new home builds and renovations, are inhaling the toxic silica dust as they cut, polish and install the stone.

The deadly effects
Alongside this flourishing industry is what Jonathan Walsh, Principal Lawyer in Dust Diseases at Maurice Blackburn, has described as “an epidemic worse than asbestos”.

A recent audit of more than 800 workers in the manufacturing stone industry in Queensland found 115 cases of silicosis, 16 of them terminal.

Silica is also carcinogenic. The Cancer Council estimates that there are approximately 230 cases of lung cancer caused by silica exposure every year.  In addition to cancer, silica causes severe auto-immune diseases including rheumatoid arthritis, scleroderma and renal failure.

Silicosis symptoms
Shortness of breath, chest pain, coughing, breathing difficulty that does not improve and fatigue are some of the symptoms. More advanced cases suffer fever and weight loss.

The personal cost
Silicosis results in life-threatening illness, long-term loss of work and income. Younger tradies who can no longer work in their industry or related fields face unemployment or having to re-skill or retrain in a completely new industry.

As Jonathan Walsh says, “For workers in their 20s and their 30s to be told that they have silicosis and that they may not survive the decade – that future is extremely bleak.”

Braden Barnes, a stonemason who worked with manufactured stone, and who has a wife and two young children, was diagnosed four years ago with silicosis. Now he says his life is filled with “constant appointments, financial concerns, stress and the future is unknown”.

What to do
If you or someone you know is working with stone, or in a workplace with silica dust, you must take safety measures and wear protective gear and respiratory masks.

It’s critical to get regular health checks and chest X-rays and be monitored for lung disease.

Get legal advice
If you have been diagnosed with silicosis, you may be entitled to financial compensation.

Why are we seeing so many cases of the deadly disease silicosis among young tradies?