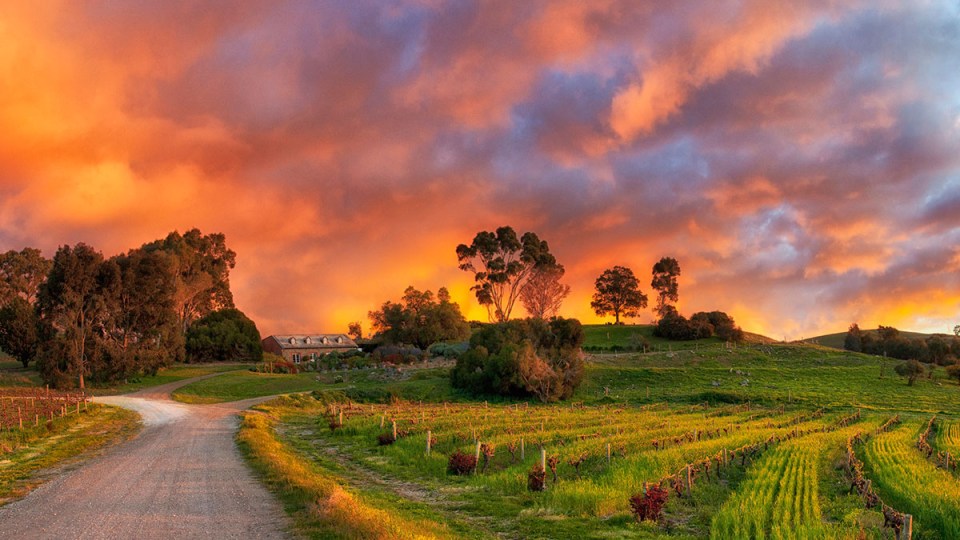 Home to some of the world’s oldest Shiraz vines, the Barossa Valley is deservedly recognised for being one of the best regions for Shiraz anywhere on Earth.

Discover what makes this region and variety combination so cherished by winemakers and wine lovers alike as we explore the beauty of Barossa Shiraz.

Located a mere 60 kilometres north-east of Adelaide, the Barossa Valley is a beautiful expanse of undulating hills and dales positively brimming over with established wine legends and artisanal producers.

And among the 40-odd varieties grown here, one stands apart in terms of its prestige – Australia’s favourite, Shiraz.

The older the vine, the more intense the flavours in wine, and Barossa is home to perhaps the oldest producing vines anywhere in the world.

Established in 2009, the Barossa Old Vine Charter serves to record and maintain the upkeep of these vines, with many – such as those overseen by legendary names like Henschke, Penfolds, Yalumba and Château Tanunda – over 125 years of age.

The Barossa Valley’s transverse valleys and rolling hills generate a range of climatic conditions that allow winemakers room to experiment with their Shiraz, to produce wines of great diversity and flavour.

The region’s dry, occasionally water-stressed soils also contribute a unique element to its wines by limiting how much fruit grows on the vine, resulting in highly concentrated flavours.

The Barossa Grounds Project, founded in 2008, has identified numerous sub-regions – known as ‘parishes’ – across the Barossa, based on soil types.

From red-yellow brown loams over red clay in the north, to cracking Biscay clay in the south, each soil type is well suited to growing premium grapes, imparting signature qualities to Barossa Shiraz that are instantly recognisable to expert tasters.

The Barossa Valley is among Australia’s oldest wine regions, with all the experience that goes with it.

Its prestige also serves as a magnet for new talent, resulting in a constant atmosphere of innovation.

Over six generations of winemaking expertise is at hand for newcomers to learn from, and different approaches to fermentation – from open concrete vats to stainless steel tanks and even traditional amphorae – are commonly explored.

The Taste Of Barossa: Unbeatable

While the Barossa also produces first-rate Cabernet and Grenache, Shiraz is its star.

Richly textured with savoury notes of spice, they’re among the world’s most recognisable and celebrated Shiraz.

Indeed, in 2019 the Wild Witch Shiraz from Kellermeister Wines’ 2015 vintage was awarded ‘World’s Best Shiraz’ at the London Wine Competition.

Why Barossa Shiraz is so beloved